A discussion in the European Parliament’s Development Committee on 8 July focused on the need for an EU policy on caste discrimination. MEPs believe that this serious human rights problem warrants EU priority action and are preparing a resolution on the issue. 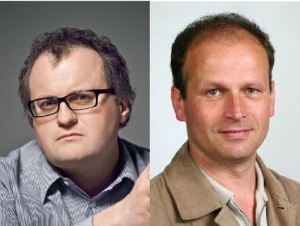 The European Union needs to take a much more robust stance on caste discrimination.

This view – shared by many European parliamentarians – was expressed by Dutch MEP Thijs Berman during Monday’s discussion on caste discrimination in the European Parliament’s Committee on Development (DEVE). Berman and his Lithuanian colleague Leonidas Donskis called for the recognition of caste as a ground of discrimination which must be tackled together with other grounds of discrimination, like ethnicity, race, religion, gender or sexuality.

According to Donskis, caste discrimination destroys the lives of hundreds of millions of people, but EU policy still does not reflect this. He noted that the EU has guidelines on LGBTI, human rights defenders and other groups, but that the large group of people suffering from caste discrimination – 260 million – is hardly mentioned anywhere.

Mr Donskis stressed that caste discrimination exists not only in South Asia, but in countries like Yemen and Nigeria and that its victims have almost no chances for development. Hence, it is important to make the post-2015 development agenda caste-sensitive. Women are particularly vulnerable as they suffer from multiple and intersecting forms of discrimination based on caste, gender and religion.

“EU must raise the issue in the realm of EU-Indian relations, such as discussions on trade and investment agreements”, Mr Donskis said. He  also raised his concerns about “a very strong lobby that tries to prevent this topic from reaching the EU and even the EP agenda”.

India’s unwillingness to discuss the caste issue was also mentioned by Thijs Berman, who warned that without an EU policy on caste discrimination, it would fall off the agenda: “We need to make caste-based discrimination a priority more than it is today,” he said.

Mr Berman welcomed the resolution on caste discrimination that has been prepared in DEVE, and which calls on the EU to strengthen its policy on the issue. The resolution will be voted on in the European Parliament in September.

During the discussion, representatives of the European Commission and the European External Action Service answered five questions from DEVE regarding EU action on caste discrimination. Michael Swann of the EEAS stated that during EU discussions on its human rights policy it was agreed that “local human rights strategies would be the best way of dealing with the particular issue, because it affects certain regions more than others.”

According to Swann, the Commission has no plans for guidelines on caste-based discrimination “not least because of the particular nature of caste”. He noted that caste is deeply rooted within some societies and cannot be changed by government decisions alone. “It is better to work with civil society and international organisations to shift the terms of the debate,” he added.

This position borders on a cultural relativist approach to human rights, IDSN coordinator Rikke Nöhrlind said in a comment on the DEVE discussion.

“It seems that if a human rights problem is as sensitive as caste discrimination and “deeply rooted”, the EU will leave it to civil society and international organisations. This is tantamount to saying that the EU should not deal with other human rights issues – such as women’s rights and homophobia – that are also related to traditions and ingrained values. However, governments must be held accountable for human rights violations and challenged to protect its citizens against them.”

She also stressed that “the EU must speak out clearly and loudly on one of the most inhumane and systematic human rights abuses in the world, and develop a clear policy that contributes to initiatives for the elimination of this form of discrimination.”

Motion for an EP resolution on caste discrimination

DEVE questions to the EU Commission and Council

Watch a video recording of the DEVE discussion (starts at appr. 16:36)

IDSN information on the European Parliament

Documents on the EU in IDSN’s database