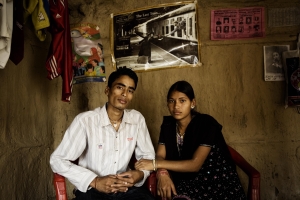 A case of denial of the right to marry on free will.

Manisha, 19 years old, and Jhakondra, 21 years old, grew up 200 meters from each other and went to the same village school, so falling in love was a natural thing. But Jhakondra is a Dalit and regarded as “untouchable” by Manisha’s non-Dalit family.

As a result, Manisha was beaten by her uncle while her father threatened to kill Jhakondra. The harassment went on for years. In the end, the young couple ran away to India and got married in 2007. Following their return, Manisha’s parents reported Jhakondra to the police for girl trafficking, claiming their daughter was only 16 years old.

When she proved that she was 18, the police chose to respect the constitution of Nepal and deemed the marriage between a Dalit and a non-Dalit to be perfectly in order. But in this part of the world, tradition is stronger than legislation. Manisha has herself become a Dalit and “untouchable” like her husband. Her family says they regard her as dead.

At the birth of a new era of democracy, Manisha now wants to become an activist for the rights of Dalits. But her experiences prove that the fight against widespread untouchability will be an uphill battle.

The couple is lucky. Ofte the inter-caste couples are murdered or hurt by their own families. 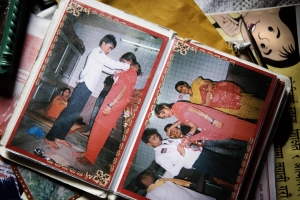