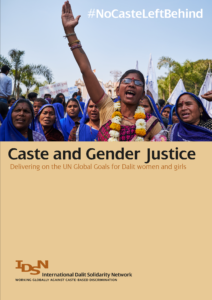 “The reality of Dalit women and girls is one of exclusion and marginalisation … They are often victims of civil, political, economic, social and cultural rights violations, including sexual abuse and violence.They are often displaced; pushed into forced and/or bonded labour, prostitution and trafficking.” UN Special Rapporteur on Violence against Women, Rashida Manjoo

Dalit women are often trapped in highly patriarchal societies. The severe discrimination they face from being both a Dalit and a woman, makes them a key target of violence and systematically denies them choices and freedoms in all spheres of life. This endemic intersection of gender-and-caste discrimination is the outcome of severely imbalanced social, economic and political power equations.

“The combination of caste and gender makes millions of Dalit women extremely vulnerable to discrimination and violence, including rape” Human Rights Watch

Dalit women suffer from severe limitations in access to justice and there is widespread impunity in cases where the perpetrator is a member of a dominant caste, above the Dalits in the caste system.Dalit women are therefore considered easy targets for sexual violence and other crimes, because the perpetrators almost always get away with it.

“Great, now you have proof that you enjoyed yourself” – the reply of an Indian court judge to a gang raped Dalit woman, upon seeing a video of the rape filmed and distributed by the dominant caste rapists and presented by the woman in court as evidence of the rape.

Denied justice, access to education, health and other services

Sanctioned impunity on behalf of the offenders is a key problem. Police often neglect or deny the Dalit women of their right to seek legal and judicial aid. In many cases, the judiciary fails to enforce the laws that protect Dalit women from discrimination.

Caste and gender discrimination in the delivery of education health care, water, sanitation and other basic services are also major obstacles for Dalit women severely impacting on their welfare and opportunities. This discrimination has been documented repeatedly by UN agencies and major international human rights and development NGOS.

“Non-implementation of legislation and policies and the lack of effective remedies and effectively functioning state institutions, the judiciary and police included, remain major obstacles to eliminating caste-based discrimination” European Parliament 2013 Resolution on Caste

Born into modern slavery and prostitution

Dalit women often work in modern slavery and are key targets for trafficking. They are often used as debt slaves in brick kilns, garment industries and agriculture. 98% of those forced into the dehumanising work of manual scavenging, removing human waste by hand, are also Dalit women. Dalit women may also be born into temple prostitution as ‘Devadasis’ (sex slaves) in India or be branded prostitutes in Nepal due to their caste status.

Dalit women are uniting against one of the world’s most gruesome and effective systems of oppression – the intersection of caste and gender discrimination.

Dalit women movements across the world are growing stronger and are connecting to each other and reaching out to decision-makers and people of the world. 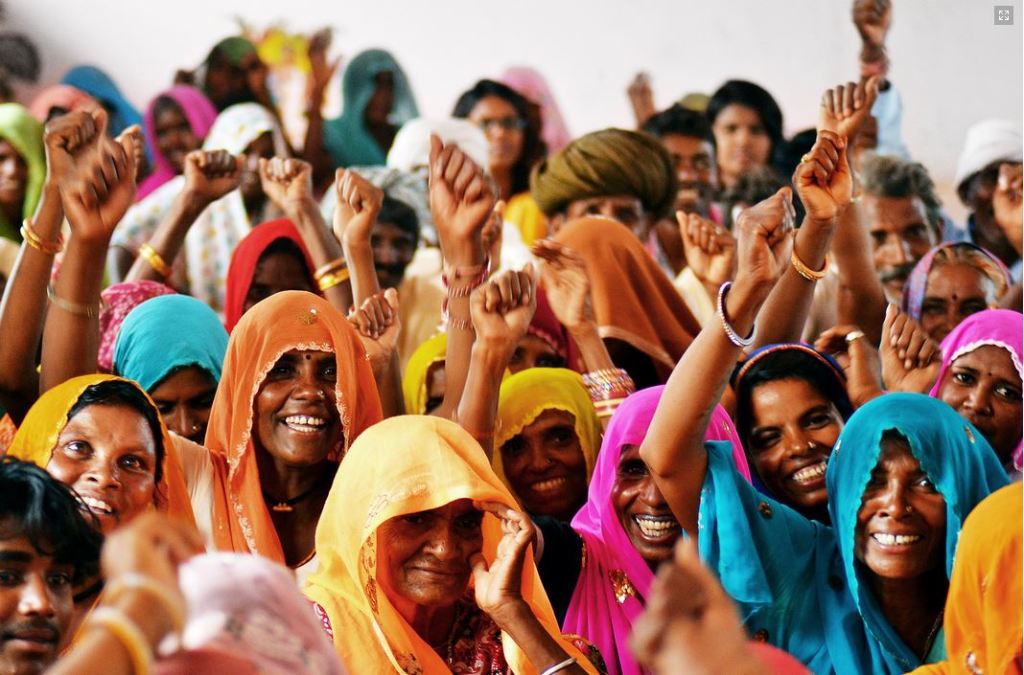 They are asking the international community and people of the world to come together and stand beside them, and to speak up to end the global silence that is allowing this gruesome form of discrimination to persist.

”Let them not rape us every day and murder us. Make the police give us our rights. I will fight for all those who are abused and dead and I hope if my turn comes someone will be there to fight for me.” Manisha, Dalit woman, human rights defender

Several UN human rights bodies and UN Special Rapporteurs have raised concerns about the situation of Dalit women. Read the page on UN and Dalit women for detailed information.

IDSN produced the short film shown above on Dalit women and caste discrimination. It includes accounts by Dalit women on rape, sexual abuse and forced prostitution. On IDSN’s YouTube Channel, you can find a playlist of other  films on Dalit women.