The United Nations Office of the High Commissioner for Human Rights (OHCHR) published a comprehensive guidance tool addressing caste-based discrimination in 2017 entitled “Guidance Tool on Descent-Based Discrimination: Key Challenges and Strategic Approaches to Combat Caste-Based and Analogous Forms of Discrimination”. The tool is meant to support UN country teams, agencies and other stakeholders in combatting caste-based discrimination and has been welcomed by UN stakeholders as well as human rights activists across the world.

The tool is the first of its kind to directly address caste and forms part of an Action Plan to support the implementation of the recommendations contained in the Guidance note of the UN Secretary-General: On racial discrimination and protection of minorities. A wide range of stakeholders were consulted by the OHCHR when creating the tool, including IDSN, the Asia Dalit Rights Forum (ADRF), Dalit rights organisations, international human rights organisations and OHCHR staff and leaders. It is hoped that the tool will bring much needed attention to, and action on, one of the most severe forms of discrimination in the world.

This Guidance Tool helps lay the foundation for more concerted and system-wide action by the UN on the issue of discrimination based on descent, including caste-based and analogous forms of discrimination.

IDSN has published a Roadmap to the UNOHCHR Guidance Tool to offer a quick introduction to the key recommendations covered in the tool. 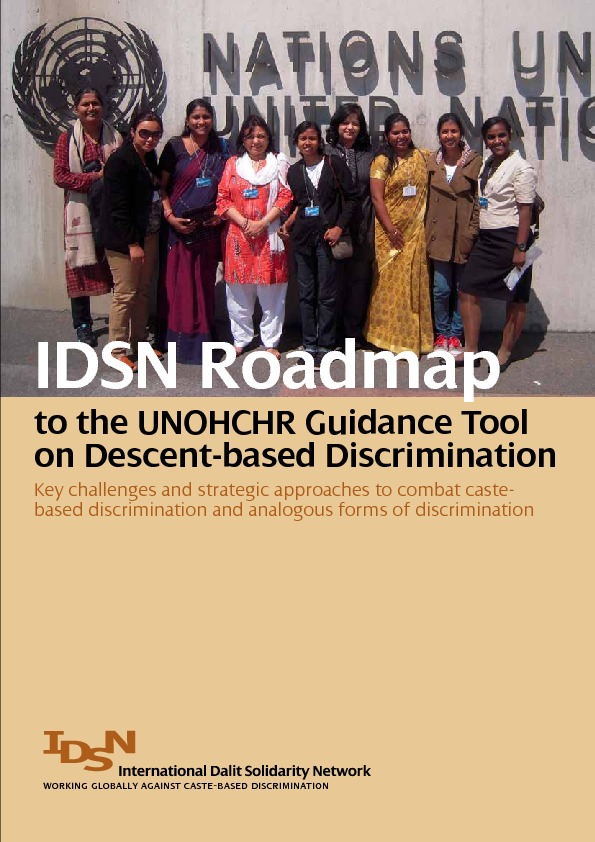