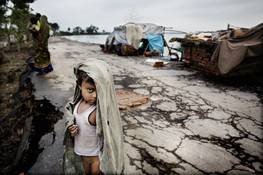 The European Union and its member states are among the world’s largest donors and provide aid to caste-affected countries, including Nepal, India, Bangladesh, Pakistan, Sri Lanka and Yemen. In such countries, patterns of exclusion and marginalisation of caste-affected communities prevail in development processes and relief efforts unless special precautions and measures are taken.

Sometimes, aid efforts even do harm to the situation of Dalits and other caste-affected groups. After the 2004 tsunami, affected fishing communities of a dominant caste in India were rightly assisted, but the Dalit communities that depend on the dominant caste community for work were not. After relief efforts, Dalits lost their main means of sustaining life.

As marginalisation of caste-affected groups is founded on structural injustices and denial of basic human rights, it is necessary to address the underlying causes to avoid distorting or undermining the impact of aid programmes intended to address poverty and marginalisation.

Failure to overcome the particular development challenges stemming from caste discrimination are linked to a lack of recognition of the problem, lack of relevant strategies, policy analyses and tools, as well as a lack of involvement of Dalits in development processes and as staff.

EU institutions, member state governments, relief agencies and NGOs must act proactively to overcome ‘caste blindness’ and confront caste discrimination. If caste barriers in society are not taken into account, development and relief efforts will continue to be caste-biased.

The study concluded that the EC policies are mostly “confined to combating ethnic, racial, religious and gender discrimination” and pointed to a need to give further attention to LGBT and disabled people’s concerns. The study did not carry a single reference to caste-based discrimination. Dalits or other people affected by ‘discrimination based on work and descent’ were invisible.  Among the ten country papers examined were those of India and Bangladesh.

In 2012, the EU provided support to a case study on addressing caste discrimination in humanitarian response and  the development of specific recommendations for humanitarian actors. A comprehensive case study wasundertaken by National Dalit Watch/National Campaign on Dalit Human Rights and consortium of partners in India. A summary report “Equality in Aid” with guidelines will be published late 2012.

Documentation on caste and humanitarian aid