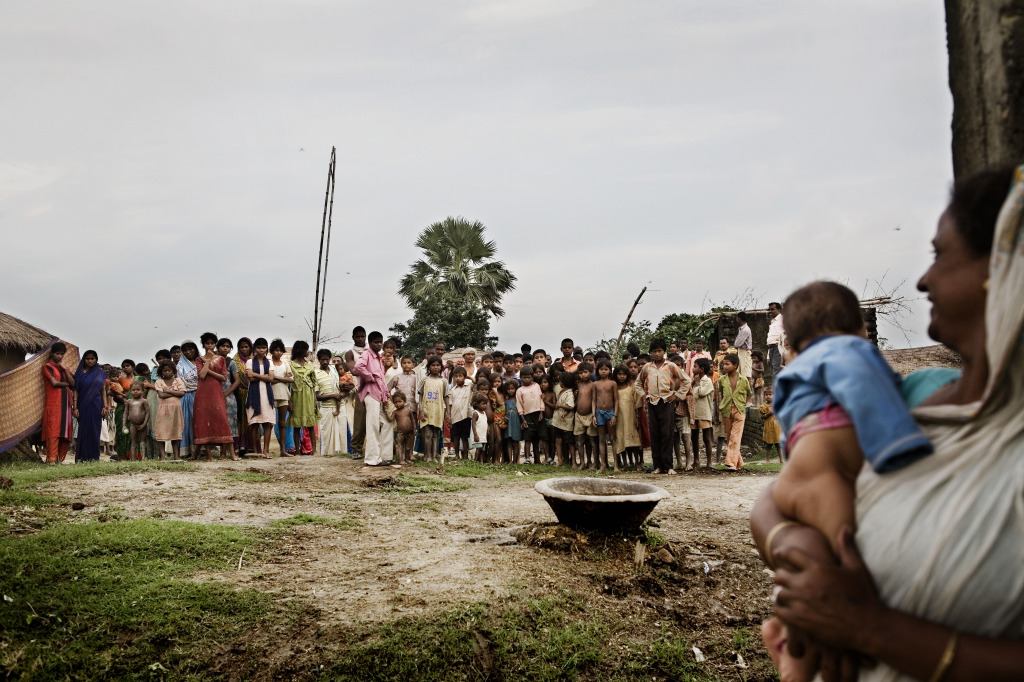 Imagine you were not born free. Imagine you were assigned to clean dry latrines and sewers, sweep the streets or handle the dead just because of your family lineage. Imagine you were beaten, raped and humiliated because you were regarded as ‘dirty’ and a lesser human being. And imagine you were perceived to be polluting the classroom and forced out of school. Today around 260 million people primarily in South Asia, but also in other parts of Asia, the Middle East and Africa are born into a life where they are subjected to dehumanising practices linked to the notion of ‘untouchability’ and caste discrimination. The notion of ‘untouchability’ signifies a practice of strict separation, subordination and exploitation of Dalits – also known as ‘untouchables’ or ‘Scheduled Castes’. It involves strict segregation, modern-day slavery, and other extreme forms of discrimination and violence. Dalit means ‘broken people’. It is the name the ‘untouchables’ or ‘Scheduled Castes’ have chosen for themselves to signify a growing movement of empowerment. Still part of the Hindu, Christian, Buddhist and Muslim communities, the caste system ensures the powerful stay powerful and leaves Dalits without protection. Caste-based discrimination involves massive violations of basic human rights. Many constitutions of caste affected countries have outlawed ‘untouchability’ and other forms of discrimination based on caste, and one country, India, has enacted special laws for the protection of Dalits. However legislation goes unenforced and caste-based discrimination remains one of today’s largest human rights problems.

Exhibtion: Freedom comes at a cost

Exhibition: The son of a sweeper is a sweeper 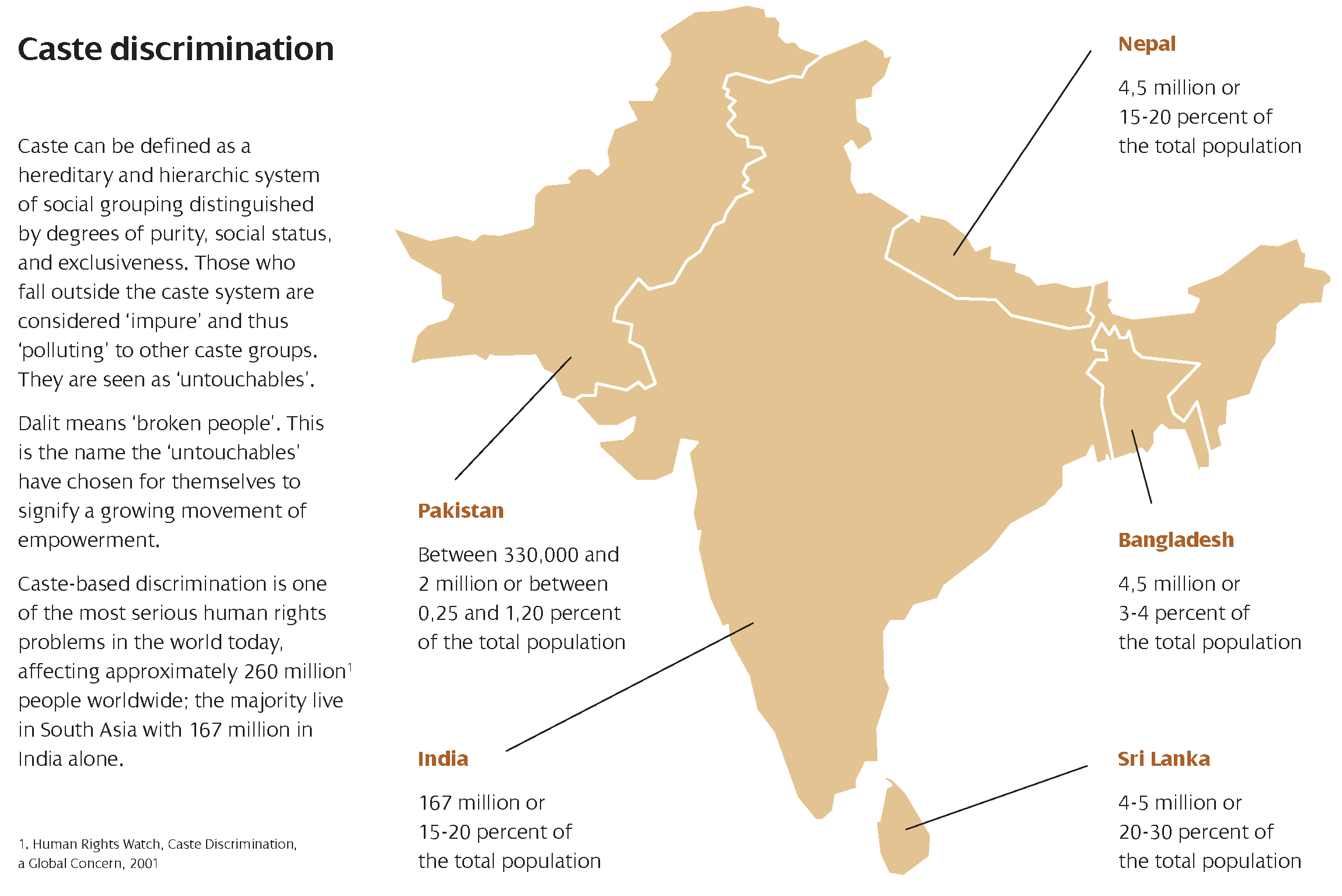 Limitations or prohibitions of access to public places such as roads, temples and tea houses

Denial or limitations of access to public services such as water taps, health care and eduction

Harassment and discrimination to prevent Dalits from participating in political processes

Denial of access to justice; caste bias in the police and judiciary means virtual impunity for crimes against Dalits

Restrictions on occupation; assignment of the most menial, dirty, and dangerous jobs as defined by the caste hierchy

Forced and bonded labour; a high number of Dalits enslaved

De facto prohibition of access to and ownership of land