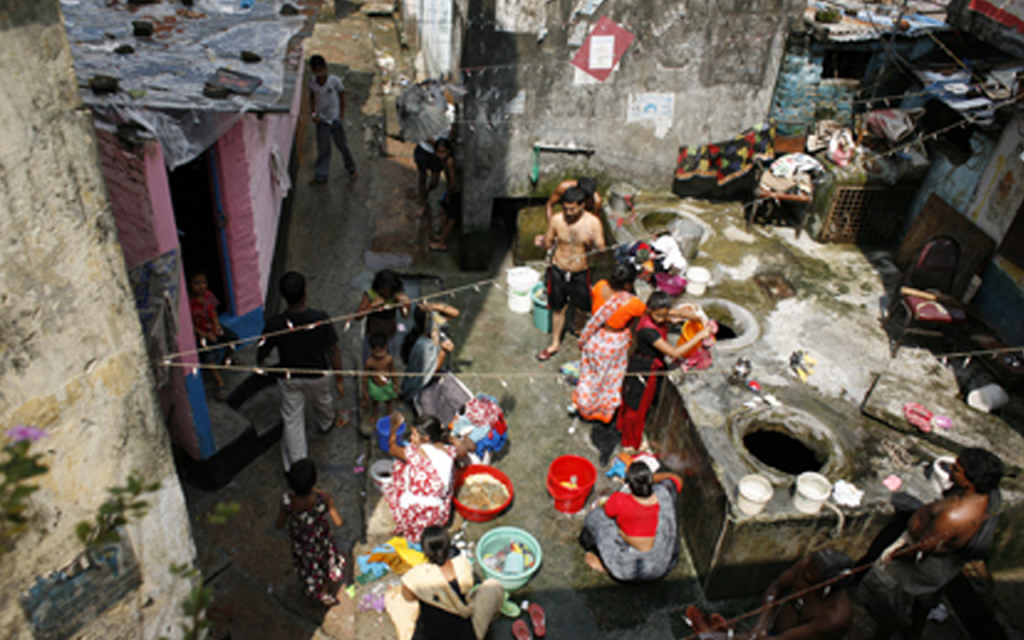 Caste discrimination primarily affects the minority Hindu population of Bangladesh, but has also spread to some Muslim communities. The estimates of the number of Dalits in Bangladesh by civil society organisations is around 6.5 million. Most of the country’s millions of Dalits are poor and marginalised with extremely limited access to education, employment, housing, health and public services. Dalit women are subjected to discrimination because of their caste, gender, and low economic status.

For too long, the situation of the Dalit population was ignored by the country’s authorities. In recent years, the Dalits have started to claim their human rights. The Dalit movement in Bangladesh has made progress, and the government is paying more attention to their rights. However, a lack of disaggregated data on the Dalit population hampers efforts to present a clear picture of their situation.

Dalits live on the very fringes of Bangladeshi society. In urban areas, they are often segregated in colonies and unhygienic slum areas with limited access to the most basic amenities, including water and sanitation. Being landless, they may also be forced to live in abandoned fields or on government owned land.

Dalits face exclusion and discrimination in many walks of life. Because of their caste status, they are assigned in poorly paid and traditional so called ‘dirty’ jobs. Dalits face exclusion from educational establishments, and they face obstacles when accessing health services.

Dalits are also very poorly represented in politics. They have even faced violence when trying to cast their vote. The vast majority are not involved with political parties. As a rare exception, two Dalit men have become government ministers – without revealing their caste identity.

Dalit women are left behind – even more so than Dalit men. They are mostly illiterate, many girls are forced to marry at an early age, and Dalit women are often subjected to sexual harassment in the confined spaces where they live. Human rights violations against Dalit women include rape, torture, intimidation, and a lack of access to public services. They also risk being forced into sex work or falling victim to human trafficking.

A few Dalit women manage to break out of this vicious cycle. A leading light in this respect is Moni Rani Das, a Dalit woman from a ‘sweepers’ colony’ in Dhaka. She works with IDSN member the Bangladesh Dalit and Excluded Rights Movement (BDERM), and fights for the rights of the country’s Dalit population, and she is the first Dalit woman who has got the recognition of civil society leaders.

Historically, Dalits were ‘imported’ from today’s India as cheap labour during the British Empire. Today, their caste status forces them to undertake specific types of hard and poorly paid employment. Typically, Dalits in urban areas work as street sweepers, even in the few cases where they have managed to achieve an education. Dalit women often work as bonded labourers in tea plantations under very harsh conditions and often in violation of core business and human rights values. These plantations supply tea to local as well as global markets.

Perpetrators of crimes and abuses against Dalits usually act with impunity. Law enforcement agencies often fail to consider cases of violence if the victim is a Dalit. A lack of financial means may make it impossible for the victims and their families to pursue the case.  If arrested, perpetrators may be granted bail, threaten the victim’s family, and force them to withdraw the case.

Dalit women are particularly vulnerable to violence. It is considered almost legitimate to attack women from a religious minority, such as Dalits. Cases of rape or sexual assault often fail to reach a courtroom, either due to police negligence or threats by the perpetrators.

The Dalits of Bangladesh are at a serious disadvantage compared to the rest of society. Despite some significant achievements, they have also yet to reach the strength of similar Dalit movements in India and Nepal. The country’s government must take urgent and targeted action to recognise specific Dalit development and human rights issues.

Download a PDF of key statistics on Dalits in Bangladesh >>

Below are a selection of videos dealing with caste discrimination in Bangladesh. Visit IDSNs YouTube Channel for more videos on other countries/themes.