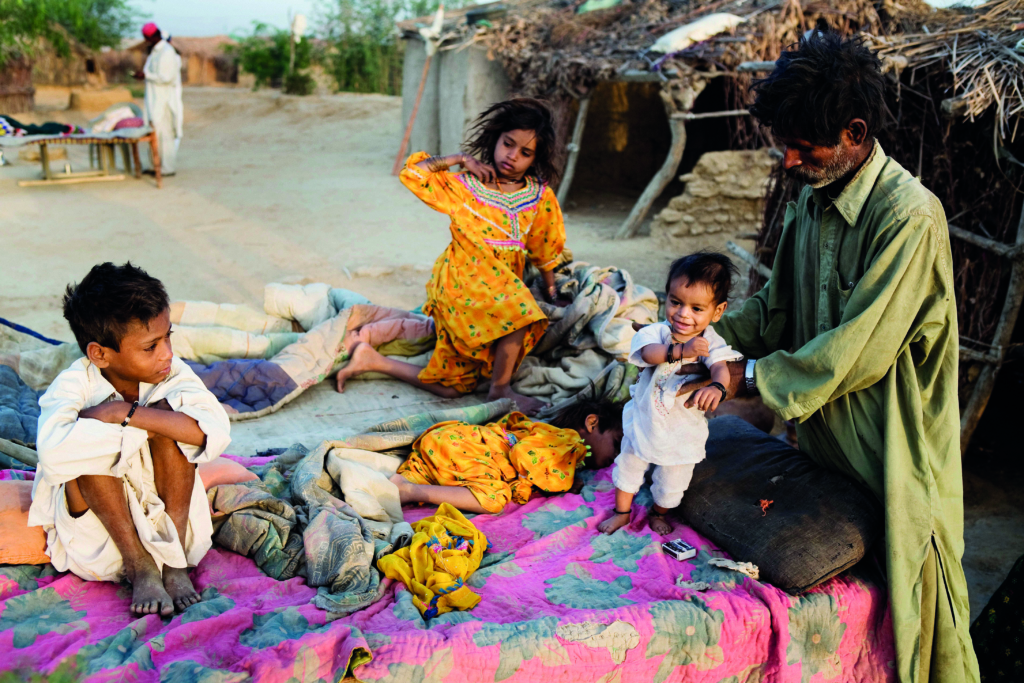 The Dalits of Pakistan face multiple forms of discrimination – as non-Muslims in a Muslim state, and as Dalits at the bottom of the caste hierarchy. If they are women, they are also likely to be subjected to gender-based discrimination. The majority are poor and illiterate, many of them work in modern slavery as bonded labourers, and crimes against them are mostly committed with impunity.

As in India, Pakistan’s Dalits are officially called ‘scheduled castes’, but without the rights that their Indian neighbours enjoy – at least on paper. According to the 2017 census figures for minorities the number of registered scheduled castes in Pakistan is 849,614, but according to researchers and Dalit activists, their number should be counted in the millions.

Dalit human rights defenders in Pakistan operate under exceedingly difficult circumstances, and their very existence may be considered an achievement in itself. In recent years, they have engaged in public protests against discrimination, and lobbied the international community to become more engaged in the situation of Pakistan’s Dalit community.

The majority of Pakistan’s Dalit live in remote rural and segregated areas, particularly in the provinces of Punjab and Sindh. With limited livelihood options, they are often extremely poor, landless, illiterate, and subjected to serious forms of discrimination, including ‘untouchability’ practices. They are also given the lowest priority if disaster strikes, and relief is distributed.

Many Dalits who live in urban areas work as sanitation workers and often face issues related to their health and safety. They face double discrimination because of their work, caste and faith; and women sanitation workers face additional challenges due to their gender.

In Pakistan, school textbooks portray non-Muslims in negative terms, and Hindus are depicted as enemies of Pakistan. Paradoxically, Hindu Dalits are discriminated against by the majority Muslim population for religious reasons, and by dominant caste Hindus because of their caste status.

Despite being the biggest minority group in Pakistan, Dalits have limited access to equal and meaningful political participation.

There are reports that some of the abductions and forced conversions do not lead to marriages, but sexual exploitation, prostitution, and trafficking. Dalit women subjected to caste-based slavery as bonded labourers are also vulnerable to sexual abuse.

The issue of forced conversions of Dalit girls is particularly serious in Sindh and Punjab provinces where parents live in fear of losing their daughters – to an extent where they prefer to arrange early marriages for them. Such steps may result in early pregnancies and increased child mortality.

According to some estimates, less than 10 % of Dalit girls go to school. Limited access to education, employment, and health services perpetuate the cycle of poverty and destitution.

Forced and bonded labour – a modern form of slavery – is widespread in Pakistan, particularly in agriculture including the cotton industry and the brick making sector. ILO describes the problem of debt bondage in Pakistan as among the worst in the world. Hundreds of thousands of Dalit bonded labourersin rural areas are enslaved by their landlords.

The working conditions for bonded labourers are extremely harsh, and they are severely oppressed because they are Dalit, non-Muslim, and poor. Brick-kiln labourers include children who are sometimes kept as hostages to prevent their parents from escaping.

In Pakistan, Christians and lower caste Hindus are often employed as manual scavengers, cleaning sewers with their bare hands. Typically, these Christians will be Dalits who converted centuries ago to escape the oppressive caste system, but are still forced to carry out a caste-based occupation.

A lot of the human rights violations described here are illegal, even according to Pakistani law. This includes forced conversions and bonded labour. Nevertheless, perpetrators generally get away with their crimes, as laws are not implemented, especially when victims belong to a minority, such as Pakistan’s Dalit population.

At numerous UN human rights sessions, the government of Pakistan has made clear that caste-based discrimination is not a priority by denying that it exists at all. Hence, it is essential that the international community continues to highlight this issue. The defenders of Dalit human rights in Pakistan are making very brave efforts to combat caste discrimination, but they need solidarity in order to succeed.

Key statistics on caste in Pakistan

There is a serious lack of disaggregated data on Dalits (officially known as scheduled castes) in Pakistan. We have gathered together some of the sparse statstics that are available here >>

Dalit women in Pakistan fall victim to sexual abuse, abduction and forced religious conversion. They suffer triple discrimination due to their gender, religion and caste.

Forced and bonded labour in Pakistan is widespread, particularly in agriculture and brick making. The majority of bonded labourers come from marginalised communities, including Dalits.

As in other South Asian countries, Dalits in Pakistan have limited access to equal and meaningful political participation.

UN reviews and recommendations on caste discrimination in Pakistan

All documents on Pakistan

News on Pakistan in IDSN’s database