Speaking out against caste discrimination at the Women at Work Conference

A unique event organised by the Norwegian Human Rights Fund brought together, activists, experts, trade unions and several international NGOs, including Human Rights Watch, IDSN and OSF.  In a session dedicated to addressing caste-based discrimination, the exploitation of Dalit women in work settings, was raised by speakers at the global Women at Work conference in Nepal, stressing the urgent need to address the situation. 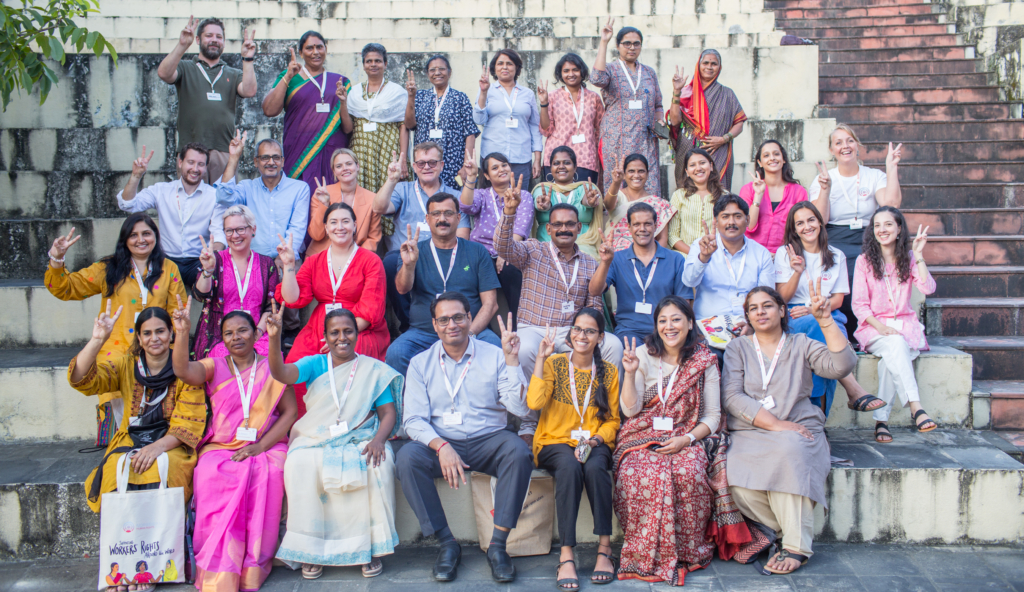 The conference discussed sexual and gender-based violence/harassment in the workplace and at home; labour rights and reforms for women and girl workers; and mobilizing women workers in the informal sector. Participants from South Asia shared their experiences, discussed the issues and challenges faced by working women, and noted how caste and intersectionality affects and further marginalises women and girl workers in both formal and informal sectors.

Speaking on the panel on caste-based discrimination, Mr Karuppusamy, founder of the Rights Education and Development Centre (READ), said caste discrimination continues throughout supply chains, despite anti-discriminatory policies. The higher levels of Indian companies are staffed by the dominant caste, but companies use workers who belong to the Dalit community for low level or hazardous jobs. Mr Karuppusamy shared that the process of hiring staff in any industry is already discriminatory due to prejudiced HR officers or supervisors.

Mr Pirbhu Satyani, representing the International Dalit Solidarity Network (IDSN), noted that most South Asian countries face similar situations. The caste system is so ingrained, hard law and policies are not effective in tackling these challenges. In India and Nepal, untouchability is prohibited, but in Pakistan there is still no legislation. Mr Satyani also spoke about the effectiveness of IDSN’s international advocacy which opens up opportunities for Dalits to lobby on the global stage.

UN expert: caste is a root cause of slavery

Mr. Tomoya Obokata, Special Rapporteur on contemporary forms of slavery, spoke about his mandate and issues including forced labour, debt bondage, serfdom, children working in slavery, domestic servitude, sexual slavery and servile forms of marriage. His most recent report highlighted that the root causes of slavery and bonded labour are social exclusion, poverty and caste discrimination.

The conference’s other sessions discussed redressal and safeguarding of human rights defenders and climate change. The participants, panellists and guest speakers all stressed how important it was to strengthen regional forums in South Asia, document atrocities to generate evidence and engage with international mechanisms.