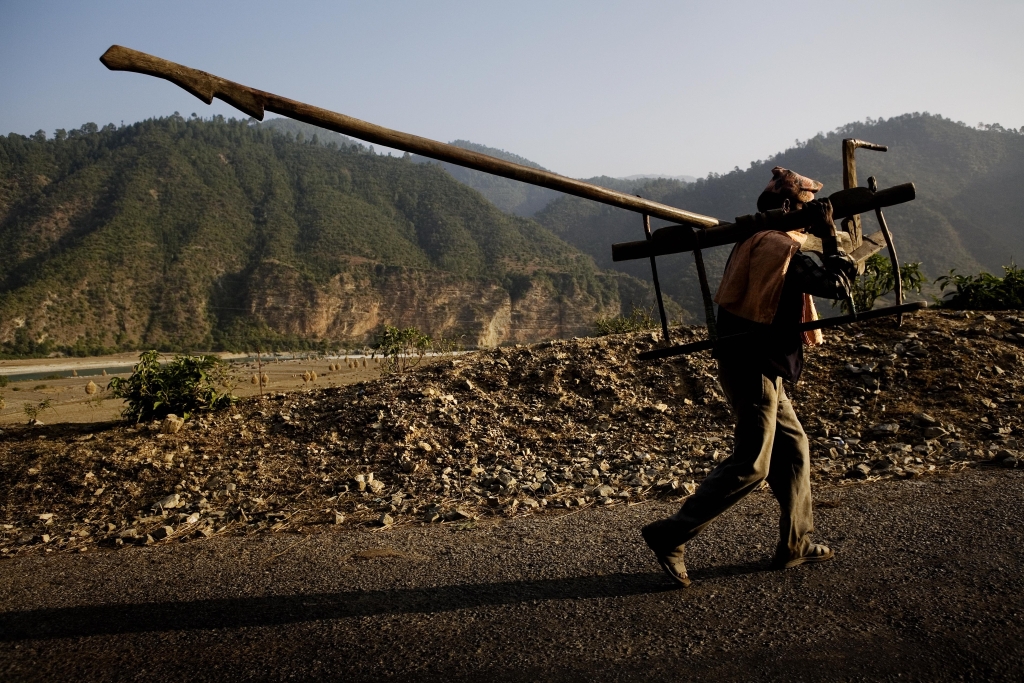 Caught in a system that defies logic, Dalit bonded labourer Gore Sunar, 55, has worked without a salary for 25 years because of loans. He works for four landlords in Western Nepal to avoid repayment demands. A situation like Gore’s reinforces and perpetuates the unequal caste system. Photo: JAKOB CARLSEN

Almost half of Nepal’s Dalits live below the poverty line. They are landless and much poorer than the dominant caste population. Their life expectancy is lower than the national average, and so is their literacy rate. Dalits are routinely denied access to religious sites, they face resistance to inter-caste marriages, refusal by non-Dalits to handle water touched by them and many other forms of discrimination.

Progress has been made in recent years. The Dalit movement has secured some provisions for non-discrimination, equality and protection in Nepal’s interim constitution. In the international arena, the government has expressed support for the UN principles and guidelines to end caste discrimination, thus showing a willingness to involve the international community in addressing the issue and setting an example for other countries with caste systems.

Nevertheless, many problems persist. Dalits continue to be under-represented at the political level, having secured just eight per cent of the seats in the now dissolved Constitutional Assembly despite an official share of the population which at the time was 13 per cent.

Estimates of the number of Dalits in Nepal vary greatly. According to the official 2011 census, they constitute 13.6 per cent of the total population (or appr. 3.6 million people), but researchers and Dalit organisations assess that this number could be above 20 per cent – or as many as five million people.

Nepal’s Dalit women are even worse off than Dalit men. They have no control over land, housing or money and are forced into the most demeaning jobs.

Dalit women are often victims of trafficking and sexual slavery. Girls and women from a particular Dalit sub-caste, the Badi caste, are forced into prostitution.

Despite being illegal, bondage in Nepal continues to exist in two forms of permanent agricultural labour relationships. There may be more than 300,000 bonded labourers in the country.

As in other South Asian countries, Dalits in Nepal often have limited access to equal and meaningful political participation.

Below are a selection of videos dealing with caste discrimination in Nepal. Visit IDSNs YouTube Channel for more videos on other countries/themes.