Next month, the European Parliament will express serious concern about caste discrimination and urge the EU to take action on this important human rights issue. 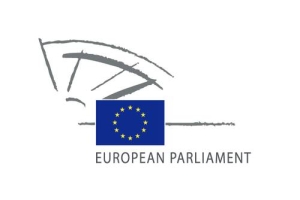 The elected representatives of half a billion Europeans in 28 countries consider caste discrimination an important human rights issue that warrants serious and coordinated action by the EU system. On 9 October, they will call on the EU to step up efforts to eliminate this form of discrimination.

This became clear on 17 September when the European Parliament’s Committee on Development (DEVE) unanimously approved a draft resolution on caste discrimination. The entire Parliament is now scheduled to debate and vote on the resolution next month.

The resolution condemns “continued human rights violations” committed against people subjected to caste discrimination and expresses “serious concern that the social exclusion of Dalits and similarly affected communities” leads to high levels of poverty and exclusion from development processes and political participation.

The European Parliament has previously adopted resolutions on the issue, notably in December 2012 when the subject was caste discrimination in India. The December resolution came in the wake of a series of rapes against Dalit women in Haryana and the violent attack on Dalit communities in Tamil Nadu.

The upcoming resolution covers a much wider area, as it mentions numerous caste-affected states, including India’s South Asian neighbours, Nepal, Bangladesh, Pakistan and Sri Lanka, as well as Yemen and a number of African countries.

According to Paul Divakar, General Secretary of the National Campaign on Dalit Human Rights (NCDHR) in India, the resolution is significant for a number of reasons.

Amendments to the draft resolution on caste-based discrimination(DEVE)

Documents on the EU in IDSN’s database