UN Expert Report: India must act on access to adequate housing for Dalits

The UN Special Rapporteur on the right to adequate housing, Leilani Farha, has released a report on housing in India. The report draws attention to the alarming state of Dalit houses and the need for Government action to improve housing and end discrimination. 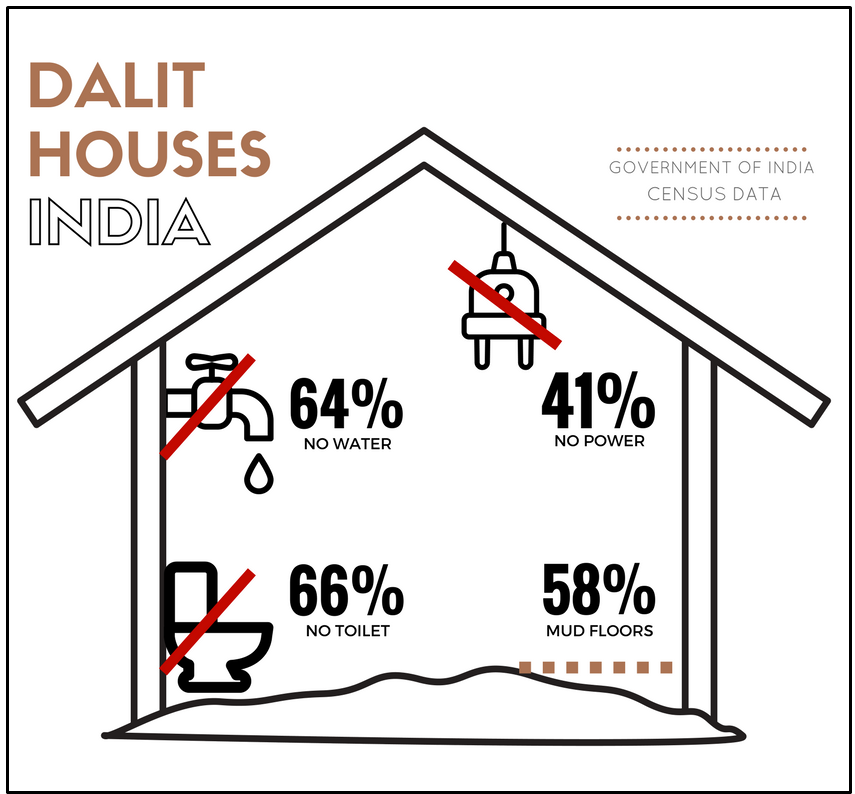 The report cites Government statistics revealing that Dalits on average live in lower quality housing, made with inadequate materials compared to the general population and finds the lack of access for Dalits to latrines, at 66%, particularly alarming.

The Rapporteur furthermore points to evidence of caste discrimination in the rental market and refers to the Committee on the Elimination of Racial Discrimination 2007 recommendation that India intensify its efforts to effectively punish acts of “untouchability”, and take effective measures against residential segregation.

“I am extremely concerned for the millions of people who experience exclusion, discrimination, evictions, insecure tenure, homelessness and who lack hope of accessing affordable and adequate housing in their lifetimes.” Ms Farha said in a press statement on her visit to India.

The report points out that discrimination and inequality in terms of access to and the availability of adequate housing and land were repeatedly raised with the Special Rapporteur on her visit as issues of concern. According to the report this discrimination includes not only actions or omissions by all government authorities, but also the lack of effective mechanisms to ensure protection from an array of private entities, such as private landlords, developers, megaproject construction companies and extractive industries.

Recommendations to the Government of India in the report include:

Inadequate housing in relation to caste-affected communities and caste discrimination in access to housing is unfortunately not unique to India, but is found in many caste-affected countries. In Yemen, for example, a UNICEF survey has found three out of four Muhammasheen (outcastes) houses had only 1 room, only 9% had piped water and only two in five houses had latrines. This was markedly worse than the general population.

The Rapporteur will present her report at the UN Human Rights Council in March, 2017 where India and UN member states will have the opportunity to reflect on the report through an interactive dialogue session.