The UN Special Rapporteur on the right to adequate housing has completed a 12-day visit to India during which she expressed concern about India’s legacy of discrimination against Dalits and other marginalised groups. 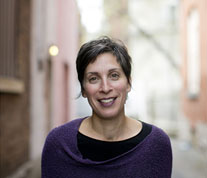 India needs legislation to combat all forms of “de facto housing discrimination” against any individual or groups, including Dalits, the UN Special Rapporteur on adequate housing, Leilani Farha, said at the conclusion of her visit to India from 11-22 April.

The call for legislative measures was one of numerous recommendations that the Special Rapporteur offered in a comprehensive press statement released in New Delhi on 22 April. She devoted much attention to the situation of vulnerable groups, such as scheduled castes and scheduled tribes, the official terms for Dalits and Adivasis.

“I am extremely concerned for the millions of people who experience exclusion, discrimination, evictions, insecure tenure, homelessness and who lack hope of accessing affordable and adequate housing in their lifetimes,” Ms Farha warned.

In another caste-related recommendation, the Special Rapporteur called on central and state governments to collect disaggregated data on housing evictions with a focus on age, gender disability, caste and religion.

“I have been told that evictions are most often carried out against the most vulnerable populations most of whom are living below the poverty line. Forced evictions are often implemented without any consultation with residents, without sufficient or any notice, and commonly result in homelessness,” she said.

The Special Rapporteur also expressed concern about India’s legacy of discrimination against vulnerable groups, including Dalits, who encounter barriers to housing access. She noted that the majority of homeless people and slum dwellers belong to such groups. All in all, an estimated 65-70 million Indians reside in urban slums, and the country has the largest number of urban poor and landless people in the world.

“Scheduled castes and tribes comprise 22% of India’s population but are over-represented amongst the poor. Despite affirmative action programs and “reservations”, these groups continue to be stigmatized and discriminated against,” Ms Farha said, adding that manual scavenging, though outlawed many years ago, has implications for the housing status of some people.

The Special Rapporteur stressed that India is a flourishing economy with high annual growth rates. Consequently, the country has “the economic capacity to ensure the right to adequate housing is enjoyed by the most marginalised and vulnerable groups.”

Leilani Farha will present her final report to the 34th session of the UN Human Rights Council in Geneva in March 2017.

India needs a human rights approach to housing (The Wire)