A controversial piece of Indian legislation could be used to silence organisations that criticize the government. It contravenes the country’s international human rights obligations, a UN expert says. 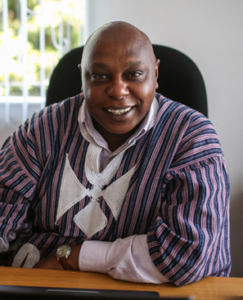 India’s controversial Foreign Contribution Regulation Act (FCRA) has come under attack by the UN Special Rapporteur on freedom of assembly and association, Maina Kiai. In a recently published legal analysis, he argues that the Act does not conform with international law, principles and standards.

The much criticised piece of legislation restricts the ability of civil society organisations to receive foreign funding. However, the Special Rapporteur argues that such access is a fundamental part of the right to freedom of association under international law.

Furthermore, the analysis states that the Act fails to provide convincing legal arguments for restricting access to foreign funding for organisations that engage in activities of a ‘political nature’. The FCRA applies this term broadly to include organisations of farmers, workers, students and youth based on caste, community, religion, language or otherwise.

The grounds for imposing these restrictions are “vaguely defined” and contravene India’s international human rights obligations. In fact, they appear to give the government “broad discretionary powers that could be applied in an arbitrary and capricious manner.”

According to the analysis, there may even be an “unacceptable risk that the law could be used to silence any association involved in advocating political, economic, social, environmental or cultural priorities which differ from those espoused by the government of the day.”

Overall, the restrictions contained in the Act are “likely to disproportionately impact those associations engaged in critical human rights work, those which address issues of government accountability and good governance, or represent vulnerable and minority populations or views.” A number of these categories could easily include organisations campaigning for Dalit human rights.

The IDSN board member and Director of the human rights organisation People’s Watch, Henri Tiphagne, has been a vocal critic of the FCRA. His organisation’s bank accounts were repeatedly frozen by India’s former government in 2012-14 in an apparent attempt to restrict its work on human rights, including those of India’s Dalit population.

It is the first time that a UN expert has published such a detailed analysis of the FCRA, but a former colleague of Mr Kiai has previously spoken out against it. In 2012, the then Special Rapporteur on human rights defenders, Margaret Sekaggya, warned that the Act could be abused when dealing with organisations critical of the authorities.

In a resolution on Dalits in India adopted the same year, the European Parliament called on the Indian authorities to repeal those provisions of the Act “which do not conform to international standards and potentially undermine the work of NGOs, including Dalit organisations and other organisations representing disadvantaged groups in Indian society, by impeding them from receiving funds from international donors.”

Maina Kiai submitted his analysis to the Government of India on 20 April this year.