On 27 September, at Patan Museum, Nepal Picture Library and its partners opened a photo exhibition- Dalit: A Quest for Dignity, exploring the various meanings of dignity for Nepali Dalits. The exhibition includes more than 80 historical and contemporary photographs from 20 different contributions, including personal and institutional archives. It emphasises the need to document Dalit experience in Nepal. 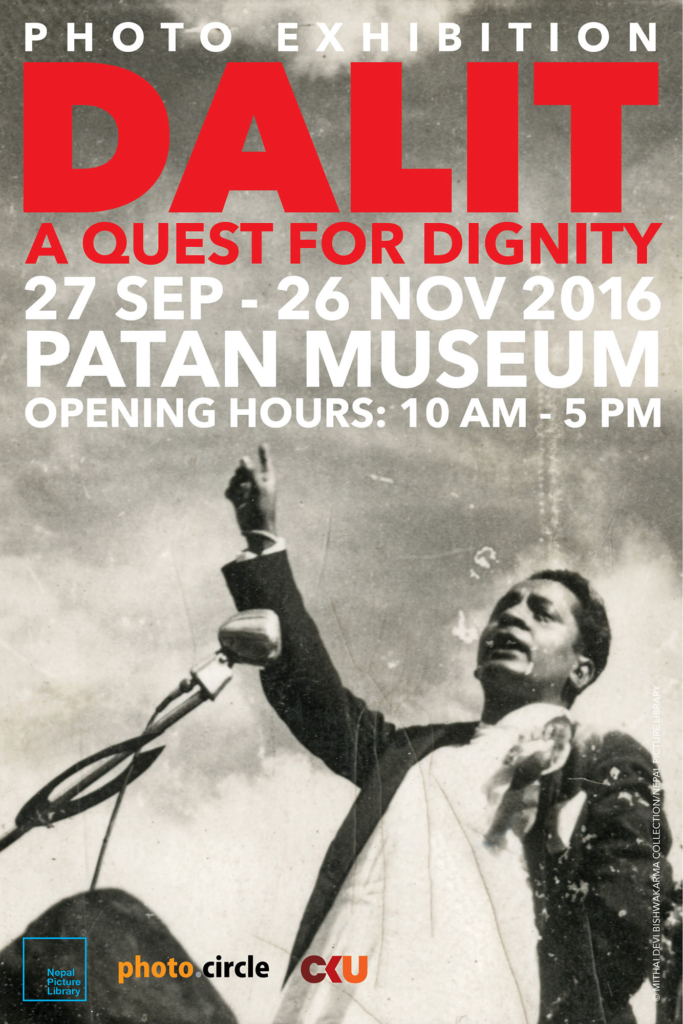 The organisers stated that: The photographs bear testimony to the history of economic, social, political, and intellectual disadvantage that Nepali dalits are up against. But they also show how dalits make resource of their own cultural pasts to create a new and respectable identity. Activist Uma Devi Badi, who is the subject of one of the displays, says this on the topic of dalit dignity: “Until and unless dalits can live with self-respect in this country, our dream of ending the inequality that exists between people will remain impossible.”

Dalits are a particularly vulnerable group and of whose visual records are very scarce. Dalits have also been susceptible to poor representational practices that have not been attentive to the complexities of their lives and their ambitions. This exhibition hopes to create a more complex picture of dalit history in modern Nepal by portraying dalits as not just victims of caste hierarchy but also people with agency.

The curator stressed that: When it comes to dalit experience specifically, we know how important ways of looking and ways of representing are with regards to how the caste system in Nepal thrives as well as to how it has been challenged. As I hope the exhibition will reveal, there is a strikingly visual dimension to caste discrimination.

Records are anyway typically tools of oppression, techniques of power. They are means by which the rich have exploited the poor and the powerful have dominated the powerless. For the poor, picture-taking and document-making happen at the points of encounter with the state or other forms of authority. And when we think of archives as a collection of such records, we have to think about why our archives are the way they are, why they hide more than they show. Archives are linked to power – so when it comes to building a history of the marginalized, the silenced, and the oppressed, it is never simply a matter of discovering good sources. Making the subaltern speak in history is necessarily a political project anchored in the present.

Dalit: A Quest for Dignity runs until 26 November 2016. Below are some powerful pictures from the exhibition. 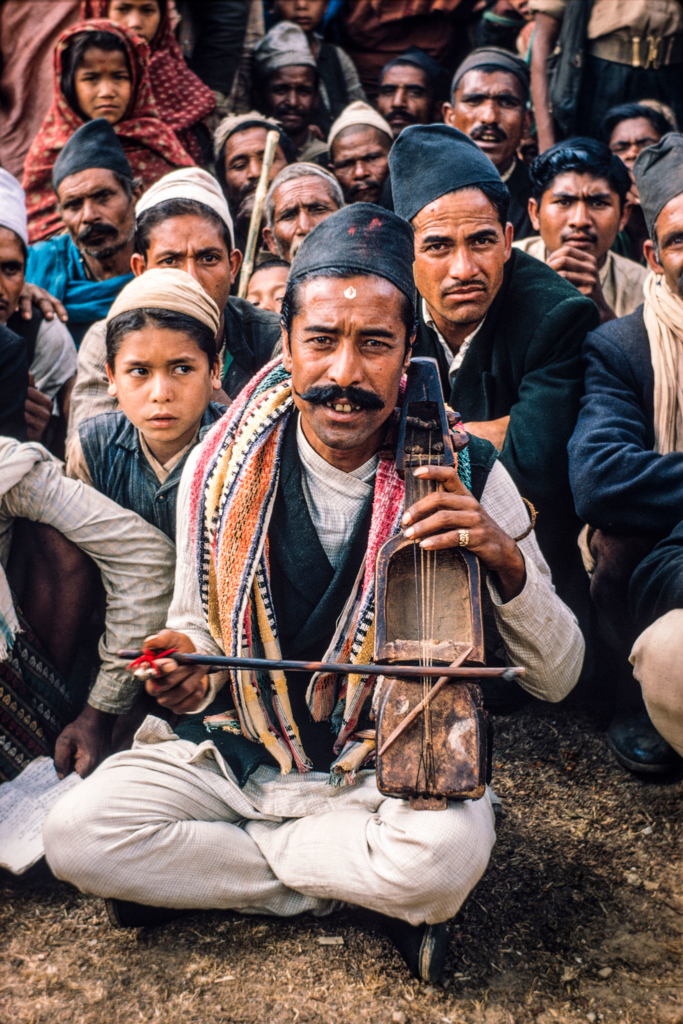 Gaines traveled from village to village singing songs of relevance. At the peak of the Panchayat period, this man sings songs about national glory: “Hamro Tenzing Sherpale Chadhyo Himal Chuchura” (Our Tenzing Sherpa has climbed to the top of Himalayas). Photo by Carl Hosticka. Gulmi, 1966. 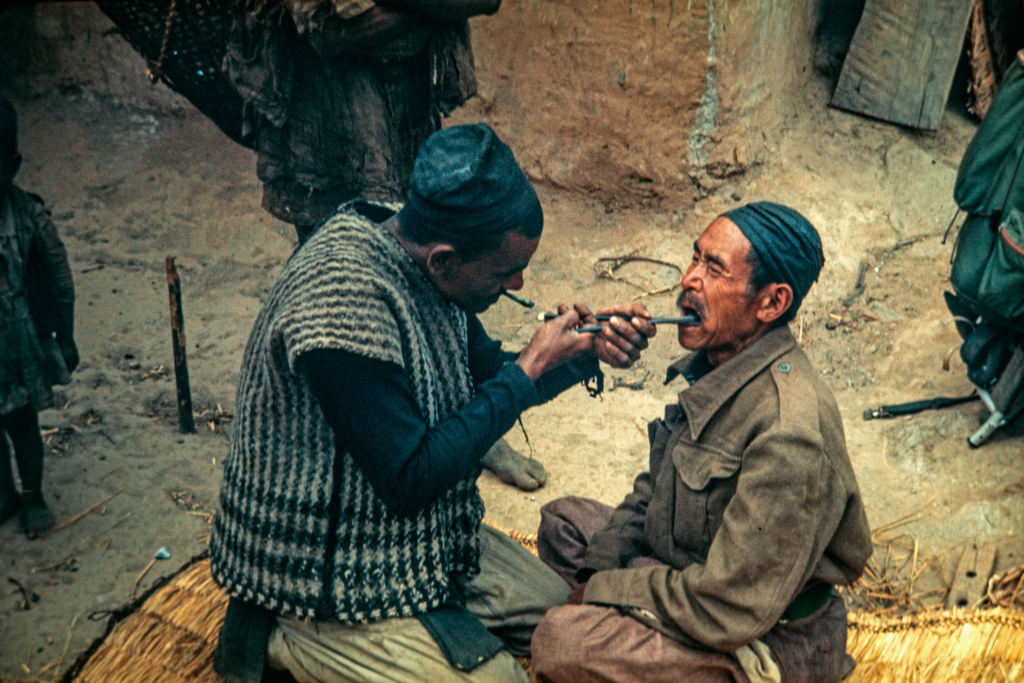 A blacksmith acts as a dentist to remove a tooth from a porter somewhere on the trail between Okhaldhunga and Namche. Photo by Bill Hanson. Okhaldhunga, 1970.