Goodbyes and a tribute to IDSN Director, Rikke Nöhrlind

Many of Rikke Nohrlind’s friends and family – including most of her current and former team – gathered in Copenhagen on Monday 24 October 2016 to celebrate the many achievements of IDSN’s outgoing Executive Director. 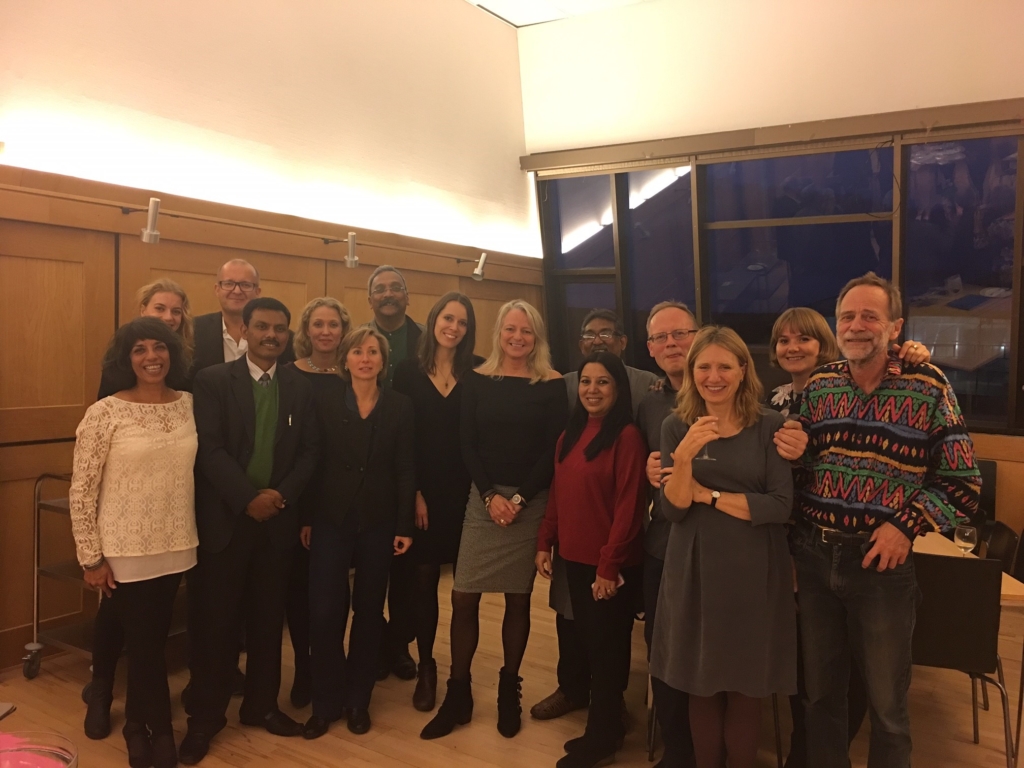 The Board of IDSN (many of whom were present) were delighted to host a reception to say thank you and bid a fond farewell and good luck to Rikke who has been at the helm of the International Dalit Solidarity Network since 2003.
Under her leadership the organisation has gone from strength to strength – with major inroads having been made at the UN and EU levels. After much consideration, Rikke has decided that now is the time for her to step aside from the organisation – and for her personally to go on to new adventures and interests.
I am sure you will all join me and the Board in expressing our immense gratitude and huge respect to Rikke for what she has achieved and given to this just cause.
We will inform you all of future plans – both in the immediate and more long term in the next newsletter which will include a special update from myself the Chair, Meena Varma, currently undertaking an Acting Executive role.

Meena Varma
Chair of the IDSN Board