References to caste discrimination during the CEDAW review of Bangladesh 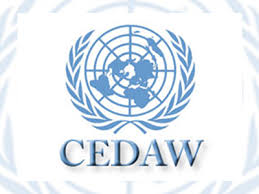 On 7 and 8 November, Bangladesh was reviewed under the Committee on the Elimination of Discrimination Against Women (CEDAW). Prior to the review thirteen civil society organisations submitted alternative reports, outlining various issues that women and girls face in Bangladesh. Two of them highlighted concerns about the intersecting discrimination affecting women and girls, including caste-based discrimination.

Bangladesh Dalit and Excluded Rights Movement (BDERM) and International Dalit Solidarity Network (IDSN) noted that Dalit women in Bangladesh usually face threefold discrimination – on the grounds of caste, gender and economic status. ‘They are discriminated by the dominant caste and other groups in society. While other groups of women and some Dalit men are moving forward in education, economic empowerment, access to justice and government services, Dalit women are left behind’. FIAN International also outlined that Dalit women in Bangladesh face ‘a triple burden, as women, as part of a minority community and minorities within minorities’.

BDERM and IDSN were present during the review in Geneva. On the 7th of November, Afsana Amin from BDERM, presented her oral statement to the CEDAW members. She emphasised that the lack of disaggregated data on gender and caste in Bangladesh results in the lack of programmes addressing the disadvantages that Dalit women face in education, political participation and access to basic services.

During the constrictive dialogue with the state delegation the Committee posed a number of questions on Dalit women. One committee member asked for a concrete timeline in passing the new Anti-Discrimination law to protect the rights of Dalit women. A committee member also requested information on the current measures taken to protect Dalit women and girls against social and physical violations and ensuring access to health services, housing, water and land.

BDERM and IDSN are hopeful that the CEDAW concluding observations will include recommendations encouraging the government of Bangladesh to undertake effective measures to address the situation of Dalit women and girls.