Dalit women go viral to tell the world their story

Live streaming, hackathons, radio shows, flashmobs, a facebook and twitter campaign and an interactive online timeline charting Dalit history, curated by Dalits and driven by Dalit women, have all been a part of April’s ‘Dalit History Month’.

“A girl who was never considered to speak at any of the platforms in her hometown… speaks to the whole world on AL JAZEERA today,” tweeted Dalit woman human rights defender, Sanghapali Aruna Kornana, after appearing on the Al Jazeera STREAM online and broadcast news show, talking about the Dalit history month project and Dalit resistance. 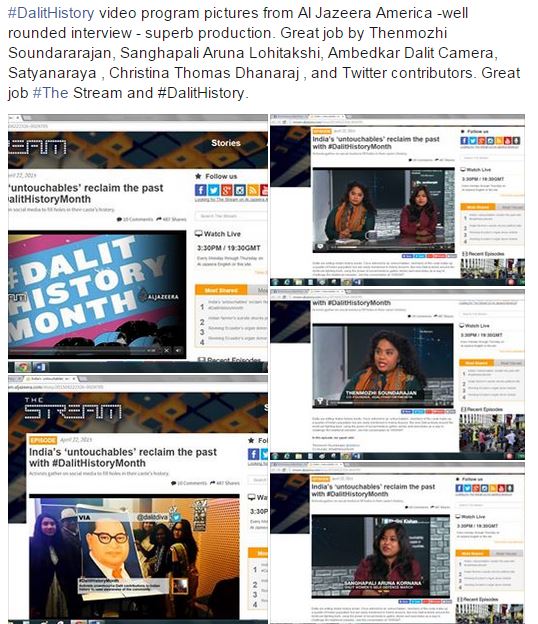 Al Jazeera was picking up on Dalit History Month, which has been jam-packed with activities online and offline to raise awareness around caste discrimination and Dalit resistance and the need for retelling history to include Dalit voices.

The central hub of the project has been the website www.dalithistory.com  where an interactive timeline to chart Dalit history, curated by Dalits has been launched. The timeline has been supported by a twitter and facebook campaign, using #dalithistory and #dalitwomenfight, featuring one Dalit historical leader, inspirational figure or key event a day, throughout the month.

Wikipedia hackathons to add the undertold history of Dalit resistance to the world’s largest online encyclopedia, were also held at the Massachusset Institute of Technology (MIT) and at the Tata Insititute of Social Sciences (TISS) in Mumbai where students and activists gathered to claim the rightful space of Dalits.

A flashmob was organised in New Delhi’s parliament street on the birth anniversary of Dalit icon Dr. Ambedkar and public lectures were held in both India and the USA – with teams of Dalit women working on awareness raising in both countries. Radio stations, particularly in the US, have also covered the many activities. 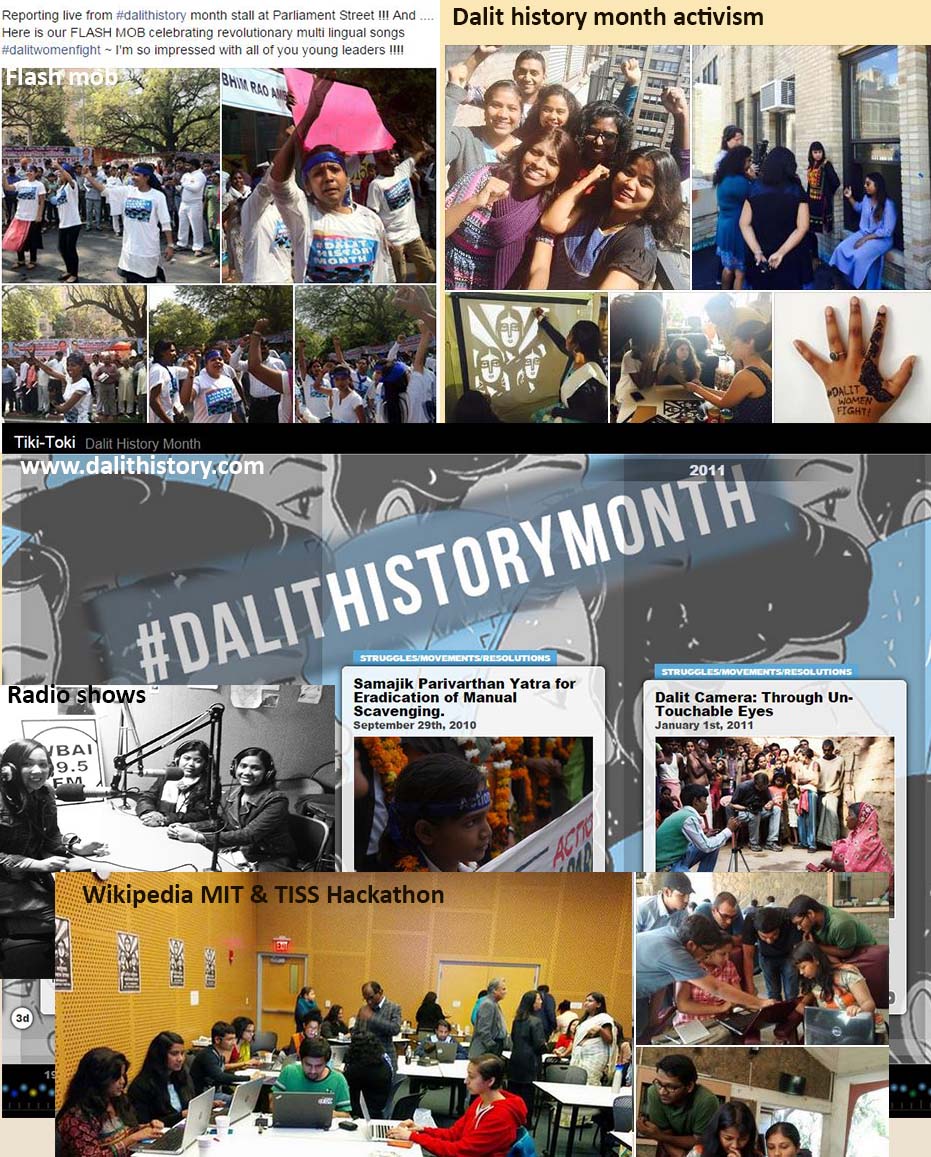 As Dalit history months draws to a close yet another leg of the Dalit women’s marches for self-respect is kicked off in the Bundelkhand districts of Uttar Pradesh, India. The march is aimed at gaining justice for victims of atrocities, highlight systemic and institutional discrimination and to empower Dalit women to fight and stand in solidarity with them.