For a full month Dalit women have marched in India to fight the vicious cycle of caste and gender discrimination that severely restricts the lives of Dalit women and subjects them to violence, rape and violations of their basic human rights in almost every sphere. They are marching to empower other Dalit women to stand up for themselves and join in the fight and they are demanding justice. 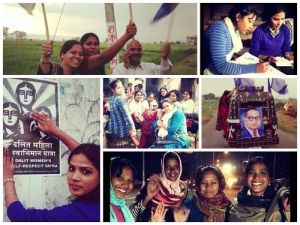 The march, called the Dalit Women Self-Respect Yatra, has visited sites of atrocities such as gang-rape, violence and murder of Dalit women, in Haryana, Uttar Pradesh, Bihar, Orissa and Maharashtra states. The activists have held police and officials accountable to pursuing justice for the victims. They have stood their ground when confronted with intimidating police officers and waited patiently for District Commissioners trying to dodge a confrontation with the group.

The women’s message is clear – violence against Dalit women 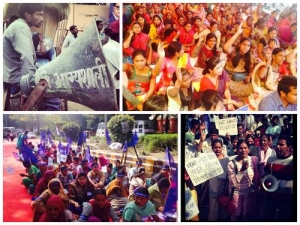 must end and the culture of impunity that is so pervasive when it comes to the perpetrators must stop now. The women are demanding that concrete action is taking in the may cases of violence where Police have yet to file a case or courts have yet to bring the perpetrators to court. They are also demanding that much more is done to ensure the implementation of the Prevention of Atrocities act which is meant to protect Dalits and offer speedy recourse to justice. Implementation is extremely week due to negligence, deeply ingrained discrimination or unawareness. 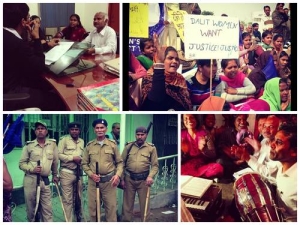 The march has been organised by the national level Dalit Women’s movement – AIDMAM – a part of the National Campaign on Dalit Human Rights (NCDHR). The march culminated with a big event in New Delhi and updates have been provided along the way at twitter.com/#dalitwomenfight and at Facebook.com/dalitwomenfight.

The best way to get a sense of the march is through the many photos posted along the way. IDSN have collated a few of the photos here