A project to map Al Akhdam communities in Yemen has been launched by UNICEF in collaboration with the Ministry of Social Affairs and Labour (MoSAL). IDSN has been working to promote the rights of Al Akhdam people for a number years and welcomes this much needed survey, expected to reach some 10,000 households. 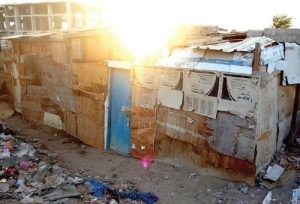 SANA’A Yemen, 15 April 2014 – UNICEF and the Social Welfare Fund (SWF) of Yemen’s Ministry of Social Affairs and Labour today launched the mapping of muhamasheen communities (locally known as Akhdam) in Taiz Governorate. The first of its kind survey is expected to reach some 10,000 households in Yemen’s most marginalized population.

There is very little available data on this excluded population. However anecdotal evidence points to huge inequities between muhamasheen communities and the average poor in Yemen. These communities are less likely to have basic social services such as health care, education, safe water, birth certificates or shelter.

“I have seen muhamasheen communities that do not have water or latrines, where children do not go school and seldom visit health centres” says UNICEF’s Representative, Julien Harneis. “This survey will allow us to measure the size of the problem so that we can work together to solve it.”

Over six weeks, the project will identify the geographic locations and key household characteristics of muhamasheen, including children. This first phase will cover nine of the 23 districts in Taiz Governorate.

The second phase will look at what programmes need to be introduced in the various locations, guided by the results of the mapping. This will include raising awareness of families on ‘saving up for children’; linking households to basic social services; and social protection measures such as cash transfers.

The third phase will include empowering muhamasheen to claim their rights.

The mapping exercise will be implemented by SWF in Taiz, with technical support from a national research institution.  So far 45 SWF staff members have been trained on data collection using tablet computers, which allows them to send household data immediately after completing field interviews.

UNICEF expects the mapping and related programming will promote social inclusion for the muhamasheen. It will enable them to have access to social protection systems and to participate in the country and district level decision-making processes which affect them.

More information i available on http://www.unicef.org/infobycountry/yemen.html

All Youth Network for Society Development

In pictures: Yemen’s ‘lowest of the low’ (BBC News)

Languishing at the bottom of Yemen’s ladder (New York Times)