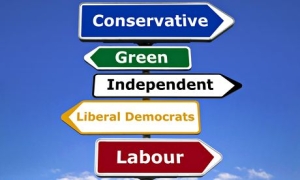 Following a ‘cast out caste’ campaign by the Dalit Solidarity Network in the United Kingdom, demanding that UK political parties make their position on caste clear, the Liberal Democrats and Labour party are showing clear support for outlawing caste discrimination in the UK.

The Liberal Democrats have included caste in their general election manifesto stating that, “we will: …Outlaw caste discrimination.” They have also included a more specific reference in their BAME manifesto with the statement,

“A fair society should treat its citizens equally and with dignity. We must continue our work to fight prejudice based on race, age, religion, sex, sexuality, belief and disability. We will: … Enact the remaining unimplemented clauses of the Equality Act 2010, including the outlawing of caste discrimination.”

This comes following letters sent out to parties by the DSN-UK and a speech given by DSN-UK Director Meena Varma at the Liberal Democrats Spring Conference.

The UK Labour party also responded to the DSN-UK request for a position on caste stating that,

“Labour is clear that Caste is not a distinction based on religion … and we believe it is important that any statutory definition reflects this view … we believe individuals have the right to protection against discrimination on the basis of their caste or perceived caste, in the same way that they do on the basis of race or gender.”

Legislation under the UK Equalities Act has been pending implementation for two years following a severe delay in the timetabled consultation process, perceived by most campaigners against caste discrimination as a deliberate attempt to hinder access to justice for the UK’s Dalit population.

Campaigners are now trying to gain political pledges to ensure the implementation of the caste provision in the Equality Act 2010 as agreed by Parliament in 2013.  So far two parties have aligned themselves with this aim and the hope is that more will follow suit and defend the right to justice and freedom from caste discrimination.