“Today, we are not here only to speak of our plight. We are also agents of change”, says Ruth Manorama at the UN Human Rights Council

On Friday 8 March, Ruth Manorama, a Dalit human rights defender, delivered a statement, co-sponsored by the International Movement against all Forms of Racial Discrimination (IMADR)and by the Right Livelihood Award (in solidarity with IDSN), during the 40th regular session of the Human Rights Council. She also spoke on the panel of the panel at the Right Livelihood side-event on Women Human Rights Defenders. 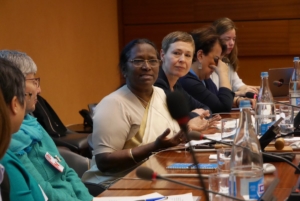 Ruth addressed the UN Secretary General’s report on the linkages between inequalities and enjoyment of economic, social and cultural rights. According to her statement, “[w]e cannot agree more on the multidimensional nature of poverty and on the need to address poverty through reaffirming rights and political participation”. Despite the plight that Dalit women and girls undergo, such as the worst forms of labor, including contemporary slavery, early marriage, forced conversion, salaries much lower than the legal minimum, higher drop-out schools of Dalit girls, and the rate of 1% of Dalit women owing land and property, Ruth affirmed that Dalit women are agents of change, including in achieving SDG’s Goals 5, 10, 16 and 17.

Ruth, a true champion fighting caste-discrimination, received the Right Livelihood Award in 2006, for “her commitment over decades to achieving equality for Dalit women, building effective and committed women’s organizations and working for their rights at national and international levels.” Ruth leads IDSN member organization The National Federation of Dalit Women.

On the 6 March, Ruth was also invited by Right Livelihood Award, to be a panelist of a side event  about the situation of women human rights defenders, on the occasion of the presentation of the UN Special Rapporteur’s report on the same issue. IMADR also highlighted Dalit women in their statement at the Human Rights Council’s 40th session. 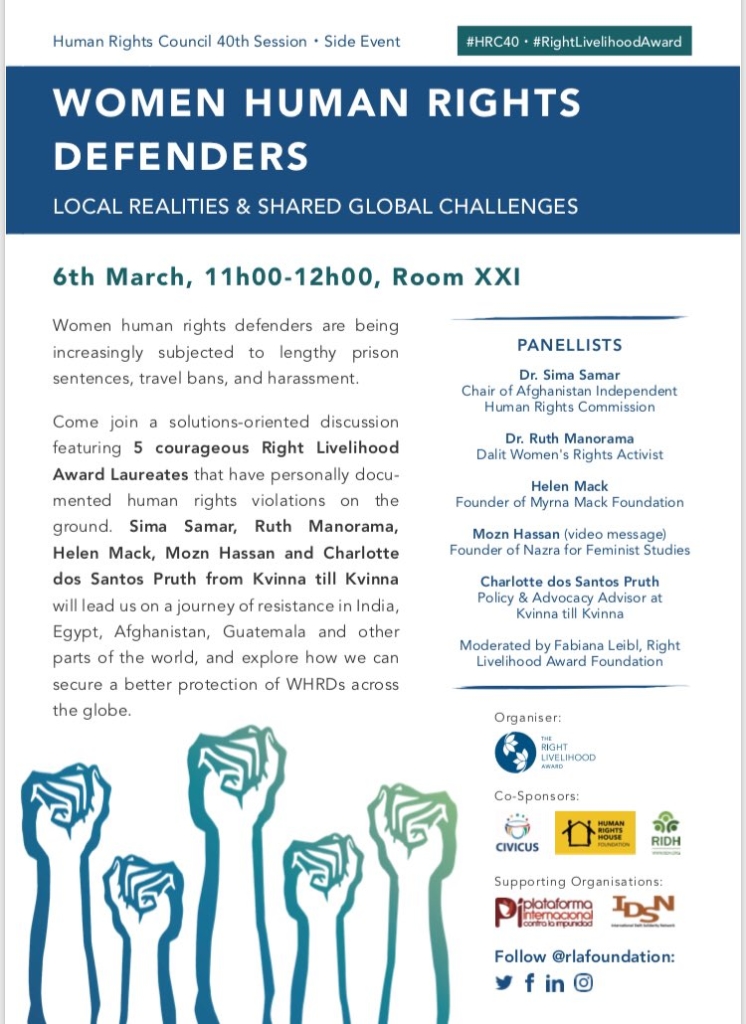