The UN High Commissioner for Human Rights has reiterated her commitment to ending caste discrimination. In a statement to a UN side event on Dalit women, she also called on UN member states to address the issue. 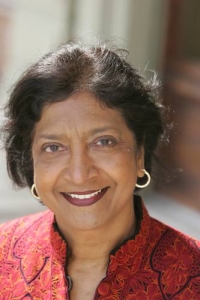 The struggle for the human rights of millions of Dalit women received a boost yesterday, as UN High Commissioner Navi Pillay pledged the continued support of her office to efforts to end caste discrimination and ‘untouchability’, including the ensuing discrimination of Dalit women.

“There should be no place in our day and age for the degrading practices of caste discrimination and untouchability,  further amplified by the intersection of discrimination based on caste and gender,” Ms Pillay said in a written statement read out a side event at the UN Human Rights Council in Geneva.

The High Commissioner who has previously made strong statements on caste discrimination reiterated her “fullest commitment in contributing to the eradication of caste discrimination and untouchability and the correlated deeply rooted exclusion, exploitation and marginalisation of Dalit women and other affected groups.”

“I also call upon member states to take on the challenge of addressing caste-based discrimination and the human rights violations flowing from this seriously and by mobilising all of their relevant institutions to this end,” she added.

Ms Pillay stated that legislation criminalising the practice is “a first key step required to combat and address caste-based discrimination and untouchability”. She cited laws in Nepal and India and recent legislative steps in Bangladesh as examples and noted that her office is pleased to support such initiatives.

“Our continuous engagement in this area is encouraged by the new Secretary General’s Guidance Note on Racial Discrimination and Minorities, which stressed that UN action and policies should reflect the fact that persons targeted for discrimination based on descent, in particular caste-based discrimination and related practices, are …in need of focused attention.”

The High Commissioner warned that legislation is only a starting point that needs to be supplemented by effective implementation so that Dalit women and other caste-affected groups can gain access to “services, remedies, redress and justice”. Such implementation requires a number of measures, including supporting policies, identification of key actions and priorities and allocation of budget resources.

“At the core of this process should lie awareness about those specific human rights violations originating from the intersection of discrimination based on gender and caste and remedies to redress these violations,” Ms Pillay said.

The side event on Dalit women was organised by four international human rights organisations, including IDSN, and co-sponsored by five UN member states. Dalit women leaders from South Asia also spoke at the event.

Opinion piece: Tearing down the wall of caste