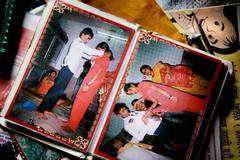 Earlier this year the Nepali Government internationally* declared the country an untouchability free state at the UN Durban Review Conference and vowed to fight caste discrimination, which is rampant in the country. With the new budget proposal, they are putting their money where their mouth is, by offering several new provisions targeted at Dalits and maintaining the existing ones.

One of the boldest elements of the proposal is the provision of financial assistance to inter-caste couples. Because of widespread caste discrimination in the country, where Dalits (known to some as ‘untouchables’) are stigmatized and considered ‘unclean’, the conditions for couples who fall in love across caste boundaries are extremely tough. If such a couple wishes to marry they are often ostracized by their families, attacked by their community and threatened and harassed. This means that inter-caste couples often receive no financial help from their families and are made to move from the villages they live in.

In order to help such couples start their new life together on a more equal footing with others, the Government plans to provide a grant of 100.000 Rupees (900 Euros) to inter-caste couples who can present a marriage certificate. IDSN has previously highlighted this issue in the case story of Manisha and Jakhondra, an inter-caste couple who faced extreme hardships when they got married.

The Government furthermore plans to issue a child protection grant to poor Dalit families, providing them with 200 rupees a month per child under five. The money must go towards nutrition of the children and maximum two children can receive the grant per family. There are also plans for a home development programme for social and economic empowerment of the Dalit Badi community. Badi women are frequently forced to work as sex workers and the Government therefore also plans to establish short term shelter and women’s shelters to help Badi women. There are also provisions for establishing Dalit aged care centres and for continuing scholarships awarded to Dalit girls for further education. Finally, the Government plans general special programmes for Dalits in education, health, employment and empowerment.

The budget proposal is one in a recent string of signs of commitment to fighting caste discrimination in the country. Others include The Prime Minister of Nepal’s recent address on the Untouchability Free Nation Day held in Nepal in June, where he outlined a number of specific commitments to improve the situation for Dalits. Through IDSN’s work in the Human Rights Council it is also evident that the Nepali Government supports measures and initiatives to combat caste discrimination, and is thus pursuing the kind of leadership in the global fight against caste discrimination recommended by the High Commissioner during her country visits to Nepal and India in March. This was also the case at the recent UN Durban Review Conference, where the Nepali delegation in its declaration to the Human Rights Council suggested that the Durban Declaration and Programme of Action (DDPA) entail a commitment to strengthening institutions to promote awareness of the evils of untouchability and caste discrimination, and to protect and empower members of such marginalized communities.

IDSN welcomes the many initiatives and commitments made by the Nepali Government in relation to caste discrimination and looks forward to seeing the impact of these to improve the lives of Nepal’s Dalits, who comprise between 15-25% of the population.

* Nepal was first declared an “Untouchability free state” nationally on 4th June 2006 by the Interim Parliament, which was re-established from the people’s movement in 2006 where Dalits significantly contributed.