A new report provides Nepal’s Constituent Assembly (CA) with a clear roadmap for ensuring the rights of all Nepalese people, including the country’s sizeable Dalit population. 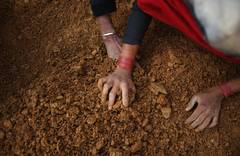 Nepal’s Constituent Assembly must immediately address critical gaps in proposals for its new Constitution, said the Center for Human Rights and Global Justice (CHRGJ) at New York University School of Law in a new report released on 9 February.

The release of the report Rights Within Reach coincides with the preparation of the first full draft of the new Constitution based on proposals from the CA’s Thematic Committees. It includes recommendations for translating Nepal’s commitment to eradicating caste discrimination into a legal reality.

“As it drafts the new Constitution, the CA must seize this historic opportunity to dismantle Nepal’s caste system and ensure human rights for all of Nepal’s people,” said CHRGJ Faculty Director Smita Narula, an expert on caste discrimination. “There can be no true democracy without equality and fundamental rights for all.”

The exact form of Nepal’s new federal structure is currently under heavy national debate. The report stresses that all levels of government must respect, protect, and fulfill the country’s human rights obligations. This principle is of particular relevance to the country’s Dalit population, whose rights are seldom protected in practice. CHRGJ also calls for consultation with Dalits and other marginalised groups.

“The voices of Dalits and other marginalised groups have been silenced for far too long,” said Narula. “It is crucial that Dalits, particularly Dalit women, be included in the constitutional drafting process and in the governance of their country.”

In its work on discrimination, CHRGJ has focused extensively on caste discrimination in South Asia and has published several widely cited reports on Nepal and India.

Click here to read the Nepali version of the report