Experts: Law amendment will push Dalit children out of school and into child labour

Experts: India's law amendment will push #dalit children out of school and into #childlabour pic.twitter.com/9PUxVE3iJ3

An amendment to India’s new Child Labour Prohibition Act that seeks to permit children under 14 to work in ‘family enterprises’, has been proposed by the Government. Child rights activists in India, including Nobel prize winner Kailash Satyarthi, say that the amendment will push millions of children into child labour and thereby out of an education, particularly Dalit, Adivasi and Muslim children. 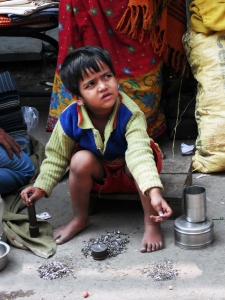 Child labour experts are warning that the term ‘family enterprises’ is widely interpreted and a common euphemism for industries such as carpet-weaving, beedi-rolling, gem-polishing, lock-making and matchbox-making.

Shamshad Khan, president of the Centre for Rural Education and Development Action, calls the move “retrogressive” and says that “The worst-hit will be the children of Dalits, Muslims, tribal families and those belonging to marginalised communities.”

“All our campaigns to end bonded child labour, starting from the ’80s, will go up in smoke,” says Khan. “Schools will be emptied out and poor children in states such as Bihar, Jharkhand and Uttar Pradesh will be back to working in sheds and makeshift factories that will all go by the nomenclature of family enterprises.

Marginalised children are the most vulnerable to child labour, as Harvard child labour expert, Siddharth Kara, who has conducted extensive studies including on the carpet-weaving sector, states, “Every single child labourer that I have documented comes from a highly impoverished family unit and belongs to a low-caste or minority community.”

Experts also point out that girls are particularly at risk as their education is traditionally prioritised lower than boys in India.

The Minister of Labour and Employment, Bandaru Dattatreya, has argued that the amendment is being proposed to help impoverished families and to give children an ‘entrepreneurial spirit’. He also contends that children are only allowed to engage in work that will not interfere with their education.

The Government argument that allowing children to work in ‘family enterprises’ will help families overcome poverty is strongly countered by experts on child labour including the Nobel Peace Prize winner, Kailash Satyarthi, who in an opinion piece in the Times of India says,

“There exists a vicious circle between poverty, illiteracy and child labour… The truth remains that a working child will not extricate his or her family out of poverty, in fact it will keep the family stuck in the rut for generations. This slippery slope continues unabated till one such child is imparted education. It is a well-researched, but often ignored fact that child labour perpetuates poverty. A report by International Labour Organisation verifies that every $1 spent on the eradication of child labour would return $7 over the next two decades.”

Enakshi Ganguly Thukral of HAQ Centre for Child Rights says labour officials are already guilty of under-reporting child labour, “But once child labour is permitted under one guise or the other, then even a minimum [level] of accountability will cease to exist.”

Thukural also points out that the Government recently made severe cuts to budgets on education, women and poverty alleviation, including cutting 60% off budgets meant to be spent on the welfare and education of Dalits and Adivasis. They warn that the new amendment proposed to the child labour law coupled with the severe cuts on welfare and education will send millions of Dalit and other marginalised children out of school and into child labour, trapping families in a cycle of poverty for yet another generation to come.

Government set to send millions of children back into exploitative labour (Scroll.in)