IDSN fully endorses the Call to action on Labour Law changes in India, issued by the Ethical Trading Initiative (ETI). The statement calls on businesses sourcing in India to respond to the news that several Indian states will suspend key fundamental labour rights for a period of up to three years, under the cover of the Covid-19 crisis. 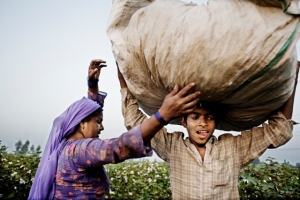 The laws to be suspended relate to basic consultation with workers, contract workers, industrial disputes, occupational health and safety, working conditions and an extension of working hours from 48 hours a week to 72 hours a week.

“It is incredibly important that companies ensure that they are living up to core ILO conventions and human rights obligations in India, despite the suspensions of fundamental labour laws at the local level,” said IDSN Executive Director, Meena Varma.

“Dalits and other vulnerable workers will depend on companies being vigilant with their suppliers in India to ensure that their rights are not being violated, with no recourse to justice.”

Upholding minimum rights and labour standards for workers in India is already a challenge and vulnerable groups, such as Dalits, suffer from widespread abuses as it is, as documented by IDSN and ETI in the Base Code Guidance Caste in Global Supply Chains. A further weakening of legislation that support these workers in asserting their rights is a devastating blow to ensuring decent working conditions in India generally and in supply chains.

IDSN strongly urges employers in these states and companies sourcing from these states to live up to international labour and human rights obligations and to push for these new measures to be challenged.

Please find the full statement from the ETI here:

We are deeply disturbed by the recent moves by some Indian State Governments to suspend many existing labour laws and worker protection provisions for periods of up to three years. These changes have the potential to seriously undermine workers’ rights with a direct impact on vulnerable workers, and are likely to bring employers and workers into conflict. In such circumstances no one will benefit, and India’s risks its reputation. These changes must be challenged. India has endorsed the UN Guiding Principles on Business and Human Rights reaffirming the Government’s responsibility to protect workers and ensure a clear expectation of business to respect the rights of workers and not seek to take advantage of circumstances however unprecedented.

While we recognize that the global pandemic has had a significant impact on many businesses and national economies, as well as individuals and families, removing the state’s support for workers is not the right solution for workers or for businesses. Therefore there is a heightened role for leading responsible business sourcing from India to individually and collectively register their concern and ensure that standards in their supply chains are not lowered in the circumstances. This will require enhanced Human Rights due diligence, supplier engagement and joint action to register concerns at state and national level.

Two state governments (Uttar Pradesh and Madhya Pradesh) have passed ordinances to suspend most of the labour laws in all new production units for a period of three years. These include laws relating to basic consultation with workers through representative bodies such as trade unions, contract workers, industrial disputes, occupational safety and health and working conditions.

Six Indian states have also announced an extension of working hours from 48 hours a week to 72 hours a week. This violates ILO convention C001 on Hours of Work, which was the first ILO convention adopted almost 100 years ago (and ratified by India in 1921). Of the six states, some will now not pay workers the original double overtime wage they would have received for working over 8 hours per day.

These suspensions and changes will harm workers by removing their ability to exercise key rights and protections that link to conditions for Decent Work. This includes the fundamental human right to form or join a trade union as well as additional rights including:

In basic terms this would mean that any changes made to workers lives during the COVID-19 pandemic are not consulted on in any shape or form.

Suspension of these laws violates the Universal Declaration of Human Rights, core ILO conventions and India’s commitment to ensure decent work. If an employer takes advantage of such provision they wold likely be in violation of the ETI’s Base Code and member codes of conduct.

India is an important and influential country in both the value and dynamism of its own economy and as a key partner in global trade. It is a sourcing destination as well as a market for many global brands, who are accountable to customers and investors globally.

Specifically we are aware that a large number of ETI members source goods from these states, including garments, leather products, metal and glassware, cosmetic jewellery, rugs and artisanal products. While it is the responsibility of business to conduct appropriate human rights due diligence within their supply chains, so as to identify, prevent and mitigate risks, governments must provide the enabling environment for this to happen. In this situation the state itself is lowering the standards and/or reducing the level of protection for workers.

ETI Proposes the following actions for discussion and joint agreement:

The Ethical Trading Initiative (ETI) is a leading alliance of companies, trade unions and NGOs that promotes respect for workers’ rights around the globe. Our vision is a world where all workers are free from exploitation and discrimination, and enjoy conditions of freedom, security and equity.

The ETI’s approach to responsible business in complex global supply chains, is closely based on the UN Guiding Principles on Business and Human Rights, which set out the Protect, Respect and Remedy framework. In this States should protect human rights; businesses should respect those rights; and both should work to provide remedy when rights are violated.