The Bangladesh Dalit Women Federation and Nagorik Uddyog jointly organized a human chain on 9th December to form part of the global campaign `Orange the World: End Violence against Women and Girls’, launched by UN Women. The organisations are putting specific focus on the situation of Dalit women and girls. Speeches at the march highlighted both the vulnerability of those at the cross-section of gender and caste discrimination as well as their struggle for rights.

In a news release on the human chain the Bangladesh Dalit and Excluded Rights Movement (BDERM) writes:

“Dalit women and girls are often become the victim of violence and atrocity. They are discriminated and abused in the family, society and state. Insecurity, uncertainity, deprivation, rape, murder, physical torture and abduction are the cruel destiny for many of the Dalit women and girls in the country.”

A photo reportage from the event has been produced by BDERM: 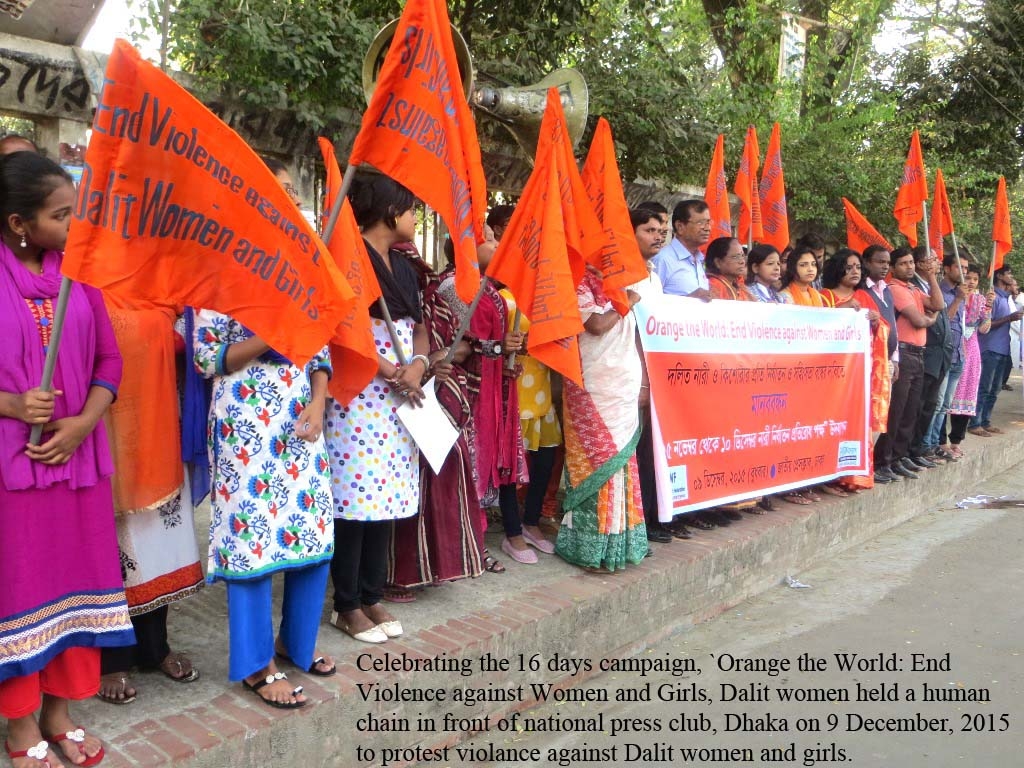 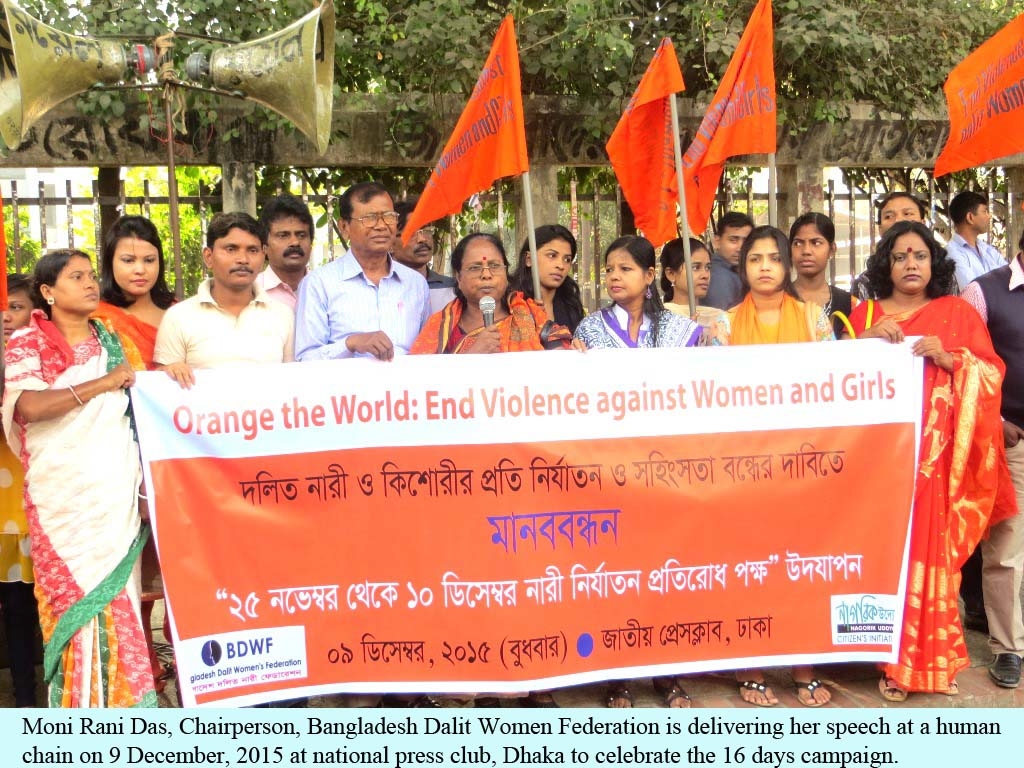 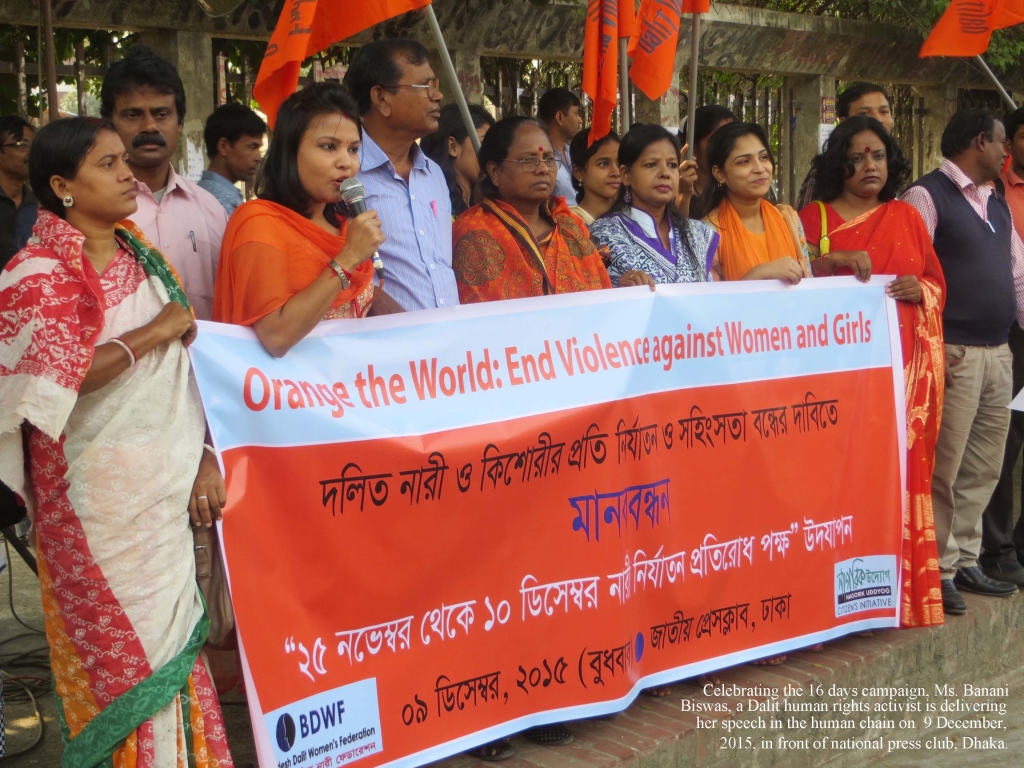 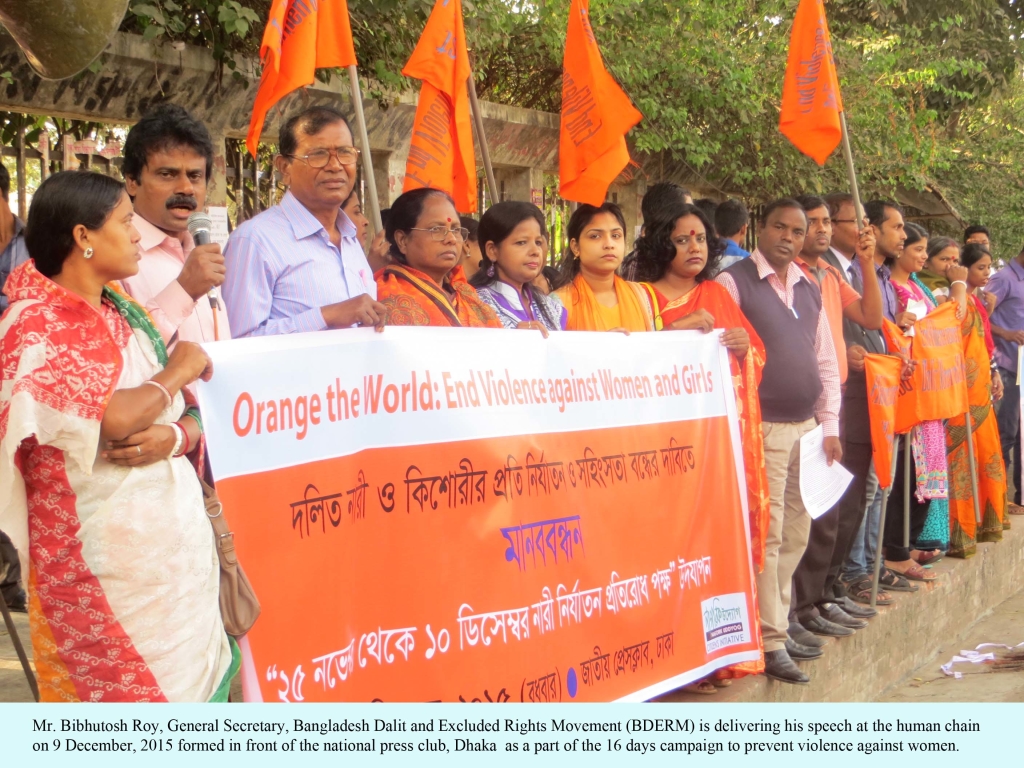