“We are not thought of as human”

The Guardian has published an investigation into the lives of Dalit women in Bangladesh. The author of the article, Mary Griffin, came second in the British newspaper’s International Development Journalism Competition. 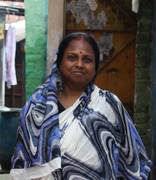 “If you are not considered to be human, human rights do not apply to you.” This quote from Moni Rani, a Dalit woman living in one of Dhaka’s slum “colonies”, sets the tone for journalist Mary Griffin’s compelling feature on the struggle of the Dalit women of Bangladesh to end generations of oppression.

Describing the Dalits’ situation as “reminiscent of apartheid-era South Africa”, the article tells a story of mistreatment and discrimination, but also of dignity and hope. Some of the Dalits interviewed for the piece belong to a “new wave” of women who have managed to finish school and are now emerging as role models.

The overall picture remains bleak. The estimated 5.5 million Dalits of Bangladesh are mostly assigned manual jobs that nobody else wants. As descendants of Indian immigrants, their Hindi and Telagu languages distinguish them from the Bengali speaking majority. So does their religion, and their access to education, housing, justice and politics is severely limited.

However, the Dalit Women’s Forum is trying to change the situation. It was formed two years ago under the leadership of Moni Rani, who was the first girl in her community to finish school. The forum provides training in making and selling candles and garments for its members as a step towards financial independence. Moni Rani says that a lot of young Dalit women are “smarter” than her and she feels that this is her success.

“All Dalit women are now conscious of their situation and demanding change,” Moni Rani says and adds that “my vision is for hundreds of smart Dalit women coming together and I will gather them under my banner.”

Click here to read a pdf-version of the article

Click here for an article about the journalist Mary Griffin

Click here for another recent article on the Dalits of Bangladesh