UN CERD urges Japan to act on discrimination against the Buraku

The Committee on the Elimination of Racial Discrimination (CERD) recommends that Japan effectively apply its legislation to protect Burakumin and provide information and indicators on concrete measures to uplift hteir living conditions and position in society. 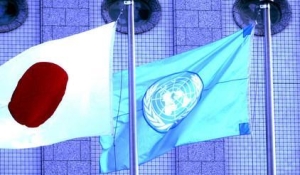 The CERD Committee also recommended that Japan provide information and indicators on concrete measures taken, in particular on living conditions of the Buraku*.

The Committee on the Elimination of Racial Discrimination (CERD) has recently released its Concluding Observations on the review of Japan (20-21 August 2014). The Committee highlights the situation of the Burakumin and makes the following recommendations:

For more information, please find a more extensive note on the review.

*Buraku people are a Japanese social minority group, ethnically and linguistically indistinguishable from other Japanese people. They face discrimination in Japan because of an association with work once considered impure, such as butchering animals or tanning leather and their place in the Japanese caste system. In particular, they often have trouble finding marriage partners or employment. Read more here