In his most recent report, the UN Special Rapporteur on contemporary forms of racism notes that discrimination against Dalits in the educational system is widespread in caste-affected countries. It leads to high dropout rates and even suicides. 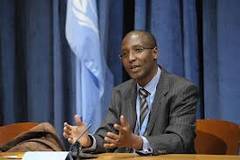 All children, especially Dalits and other vulnerable groups, should have access to good-quality education. Discrimination of these groups is “a challenge to the construction of a tolerant society which rests upon an inclusive education system”.

This is the message conveyed by Mutuma Ruteere, the UN Special Rapporteur on contemporary forms of racism, in his report to the upcoming session of the UN Human Rights Council. The report focuses on education as a central factor in preventing and combating racism and related forms of intolerance and includes numerous references to caste discrimination. It notes that discrimination against Dalits in the educational system is widespread in caste-affected countries.

“Alienation, social exclusion and physical abuse are present throughout all levels of education, from primary to university education. Illiteracy and dropout rates among Dalits are very high due to a number of social and physical factors. Legislation on the issue is limited, and measures to address the issue are often inadequately implemented. The forms of structural discrimination and abuse that Dalit children face in schools are often so stigmatizing that they are forced to drop out of school,” the report says.

One of the main issues is “discriminatory practices conducted by teachers, which may include corporal punishment, denial of access to school water supplies, segregation in classrooms, and forcing Dalit children to perform “manual scavenging” on and around school premises.”

Dalit children also face discrimination from fellow students and the community as a whole, especially members of higher castes who “perceive education for Dalits as a threat to village hierarchies and power relations.” Caste discrimination is equally prevalent in institutions of higher education, and in some cases it may lead to suicide.

The report presents a number of recommendations relating to caste discrimination. They include ensuring the access to quality education by eliminating inequalities and discrimination of people subjugated to caste systems; and facilitating awareness-raising training to teachers with a special focus on vulnerable groups in order to prevent racism and caste discrimination.

Mr Ruteere and his predecessors as Special Rapporteur, Mr Muigai and Mr Diène, have on numerous occasions called on governments to advance the fight against caste discrimination.

The Special Rapporteur’s report to HRC 23