IDSN has urged UN member states to recognise Dalit women as a particularly vulnerable group in the upcoming annual resolution in the Human Rights Council on violence against women. 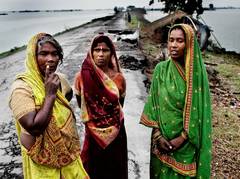 Dalit women are frequently subjected to multiple forms of discrimination and violence due to their caste as well as their gender. This issue will be discussed at a side event at the UN Human Rights Council (HRC) in Geneva in early June, and UN members are being asked to include the Dalit issue when focusing on violence against women.

“We urge States to include in the 2013 Human Rights Council resolution on violence against women a reference to caste as a form of discrimination subjecting a large number of women (at least 130 million) to multiple forms of discrimination and violence,” the International Dalit Solidarity Network said in a message to UN member states prior to the 23rd session of the HRC.

During the session, Dalit women activists, NGOs, states and UN experts will join forces at a side event on multiple and intersecting forms of discrimination and violence based on gender and caste. Among the speakers will be the Chair of the UN Working Group on discrimination against women in law and practice, Ms Kamala Chandrakirana.

In her report to the HRC, Ms Chandrakirana mentions the intersectionality of gender with other grounds of discrimination, including caste, as described by the Committee on the Elimination of Discrimination against Women (CEDAW). She also notes that caste is one of the factors that can effectively prevent women from participating in political and public life.

No less than four Special Procedures mandate holders have included references to caste in their reports to the upcoming Human Rights Council. Apart from Ms Chandrakirana, the Special Rapporteur on extrajudicial executions, Christof Heyns, refers to Dalit women in the report on his country mission to India. In a paragraph on “honour” killings, Mr Heyns states that there are “reports of a strong correlation between “honour” killings and inequalities of castes and gender.”

The UN Special Rapporteur on violence against women, Rashida Manjoo, is also scheduled to speak at the side event. She is visiting Bangladesh at the moment, her second visit to a caste-affected country within one month. A few weeks ago, at the end of a visit to India, Ms Manjoo said that Dalit women experience some of the worst forms of discrimination and oppression.

A delegation of Dalit women representatives from caste-affected countries will also participate. The event will be organised by three international NGOs – IMADR, Human Rights Watch and Minority Rights Group – in association with IDSN and with a group of co-sponsoring states.

India report of the Special Rapporteur on extrajudicial, summary or arbitrary executions