The International Dalit Solidarity Network (IDSN) welcomes the adoption of the European Parliament’s annual report on human rights and democracy in the world 2022 and the European Union’s policy on the matter. 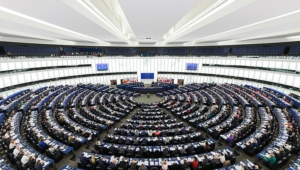 The resolution stipulates that the strategies need to be based on dialogue with local Dalit representatives and civil society, and to consult with them on the negotiation, implementation and monitoring of EU agreements and instruments that affect them.

Members of the European Parliament (MEPs) are also calling on the EU to “strongly address intersectionality by developing a policy to fight the multiple forms of discrimination faced by the millions of women and girls who are victims of caste-based, civil, political, economic, social and cultural rights violations, including sexual abuse and violence, displacement, forced and/or bonded labour, prostitution and trafficking.”

The call for action by MEPs on eliminating caste-based discrimination covers all areas of EU relations with the affected countries, including political dialogue, trade, cooperation or humanitarian aid. The European Commission, External Action Service and Council should now heed these calls with the utmost urgency.

“We are pleased to note that the European Parliament has once again prioritised the elimination of caste-based discrimination and shown the importance it places on having a strong and effective EU policy on caste-based discrimination, based on regular and in-depth consultation with Dalit-led organisations.” said IDSN’s Executive Director, Meena Varma, reflecting on the report.

IDSN stands ready to assist the EU in this task, and to help it connect where not already the case, with partners on the ground. It looks forward to seeing these policies integrated immediately into the Mid-Term Review of the EU Action Plan on Democracy and Human Rights, currently being undertaken.

See all the caste-extracts from the resolution >>