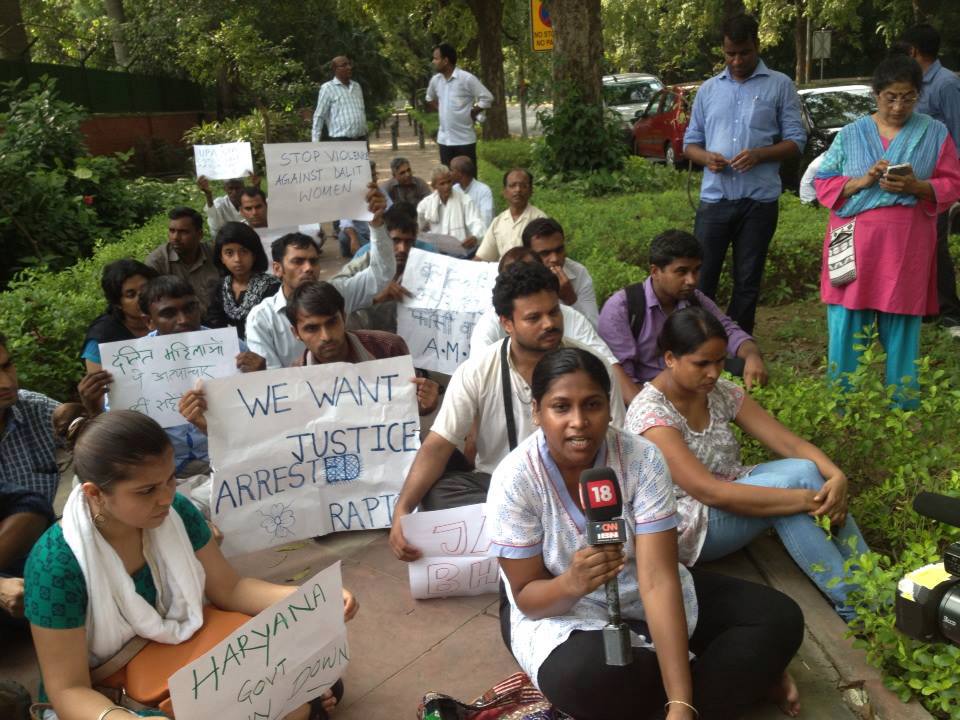 The alleged rape and murder of a 20-year old Dalit woman in Haryana has prompted civil society groups to protest against the inaction of the authorities. Her body was found on 25 August in the city of Jind. The victim’s family and activists believe that she was gang-raped before being killed. 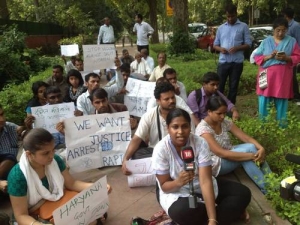 Asha Kowtal speaking during the protests.

The Indian state of Haryana has once again become the focus of protest demonstrations in connection with violence against Dalit women. Activists and the family of a young Dalit woman who died last weekend accuse the authorities of not doing enough to investigate the case, and possibly even covering it up.

The 20-year old woman came to Jind on 24 August to take an exam, and the following day she was found dead near a canal. Reportedly, there were cigarette burn marks on her mutilated body and indications of sexual violence. Her family members and activists pursuing the case are convinced that the young woman was kidnapped, gang-raped and murdered.

Almost a week after the alleged murder, no suspects have been identified. Two autopsies of the young woman’s body came up with inconclusive results, but the authorities claimed that the cause of death could have been suicide. The family of the deceased was not satisfied with this and demanded a third post mortem which has been carried out in New Delhi. The results have not yet been made public, but reportedly, doctors performing the autopsy have refuted the suicide theory.

People from the young woman’s village have staged protests, which were initially met with police violence. Activists have since joined the protests – including Asha Kowtal, General Secretary of AIDMAM, the women’s platform of the National Campaign on Dalit Human Rights (NCDHR). In an article posted on DalitWeb, she accused the authorities and the media of being biased against Dalits.

“Such apathetic responses to the crimes against Dalit women who experience gang rapes more often and more brutally are completely indicative of how the caste society views them as lesser citizens, how the feminist movement views them as lesser women and how all the institutions work to demonstrate indifference against caste and gender crimes committed routinely on Dalit women,” Ms Kowtal wrote.

NCDHR has organised a petition campaign, demanding immediate action by the authorities and urging the respective Chairpersons of the National Commission for Scheduled Castes and the National Commission for Women to ensure a proper investigation into the case and justice for the victim’s family. A large protest demonstration will be held in New Delhi on Saturday 31 August.

During the past year, Haryana has become notorious due to a number of brutal gang-rapes against women, many of whom were Dalits.

State expects dead Dalit girl to prove that she was violated and killed?(DalitWeb)

Haryana survivor: Rapists should be castrated (Times of India)

IDSN webpage on the Haryana rapes in 2012