The recent wave of kidnappings and forced marriages of Dalit girls has spread fear in Pakistan’s Dalit community, which is already extremely marginalised. 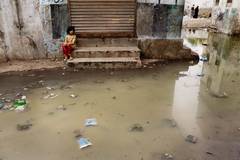 The Pakistan Dalit Solidarity Network (PDSN) has expressed serious concern over growing insecurity among the country’s Hindu minority community. In a press statement, PDSN noted that scheduled castes – also known as Dalits – are particularly vulnerable and subjected to rights exclusion and discrimination at the state level as well as social and religious segregation and violence.

The statement stressed that lives of low caste Hindus and Christians are under permanent threat and that Dalits – contrary to more affluent ‘upper caste’ Hindus – do not have the means to leave the country. A recent wave of Hindu migration to India has drawn attention to the plight of Pakistan’s non-Muslim minority population.

“The status of minorities in general is depressing, scheduled castes are the most marginalized groups faced with multiple problems,” MaljiRathore and Zulfiqar Shah, Coordinator and Secretary of PDSN, said. “With poor socio-economic indicators, they have no representation in the political power structures giving them no voice to express their concerns.”

PDSN has suggested a number of steps the government can take to improve the lives of the country’s scheduled castes, including a commission on forced conversions, and affirmative action for Dalits.