The Asian Legal Resource Centre (ALRC) and the Jagaran Media Center, a Nepalese NGO, are urging the UN Human Rights Council to ensure that Nepal ends the Haliya system of bonded labour. Most Haliyas are Dalits. 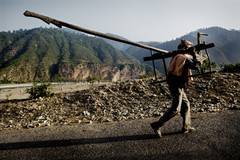 It is a form of slavery, and it affects tens of thousands of people, particularly in Western Nepal. Now, two human rights groups are calling on the international community to ensure that the Haliya system is abolished.

In a written statement for the interactive dialogue with the Special Rapporteur on contemporary forms of slavery at the 15th session of the UN Human Rights Council, ALRC and the Jagaran Media Center urge the mandate holder to request a country visit to Nepal to document and report back to the Council concerning the Haliya practice.

They also call on the Human Rights Council to take all necessary measures to ensure that the Government of Nepal puts an end to the Haliya system, helps Haliya bonded labourers return to society and punishes those that enslaved them. IDSN fully supports these recommendations.

The overwhelming majority of Haliyas are Dalits. Under this centuries-old practice, people are held under a system of bonded labour similar to slavery and are forced by a landlord to carry out hard labour for many years, often a lifetime. They are not paid for their work, but often only provided with a little food.

The Nepalese government declared the Haliyas liberated and free from their debts to their landlords in 2008, but this process has not been effective. Many Haliyas are reportedly threatened by the landlords to repay loans or even return to bonded labour.

There are different estimates regarding the number of Haliya bonded labourers in Nepal. According to the ILO, there are approximately 20,000 of them, but the National Haliya Liberation Federation – as quoted in the NGO statement – puts the number as high as 150,000.