A monitoring mission in Siraha district of Eastern Nepal has prompted human rights monitors to urge the government to act immediately to ensure access to justice for victims of caste and gender discrimination. 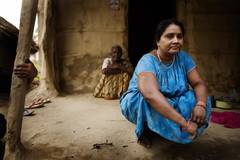 The mission was carried out by the National Dalit Commission (NDC), the National Women Commission of Nepal (NWC) and the Office of the UN High Commissioner for Human Rights in Nepal (OHCHR- Nepal).

“The situation raises serious human rights concerns,” explain NDC, NWC and OHCHR-Nepal in a joint statement adding that, “Dalit women are especially vulnerable and at risk.”

The mission found that many cases of caste-based discrimination and gender-based violence in the district were not prosecuted and also received reports that human rights defenders or their family members were threatened when they tried to take up this issue.

In their joint statement the organizations therefore conclude, “We urge the Government of Nepal to act immediately to ensure access to justice for all individuals, especially to victims of these serious violations, consistent with national laws and international human rights standards.”

Violence against Dalit women in Nepal is something that Dalit rights organizations in Nepal are mobilising to put a stop to. In connection with the UN Day for the Elimination of Violence against Women earlier this month, Dalit women spoke out against discrimination and violence directed at them. In the run up to Human Rights Day on the 10th of December, the Feminist Dalit Organization (FEDO) in Nepal is engaging in 16 days of activism to end violence against women with events and talks being held to raise awareness.

In 2009 the High Commissioner for Human Rights, Ms. Navi Pillay, issued a statement after a visit to Nepal where she stressed that, “Measures such as the declaration outlawing untouchability must be accompanied by the application of existing laws against discriminatory practices and – again – accountability for those who commit human rights violations.” This message is now reiterated by the OHCHR-Nepal, NDC and NWC who will continue to engage with this issue in Nepal.

Read the joint statement from OHCHR-Nepal, NDC and NWC

Read the news article: Activists call for end to violence against the world’s ‘untouchable’ women