A cross-party group of Members of the European Parliament have asked the EU’s foreign policy chief, Federica Mogherini, to ensure that EU action to address caste discrimination is prioritised at the highest levels. 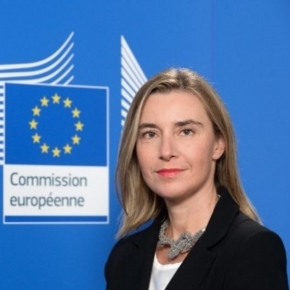 The European Union should step up its efforts to address caste discrimination at the multilateral level as well as in its direct relations with caste-affected states. It should also integrate the issue into its fight against all forms of discrimination and include caste-specific indicators in its efforts to implement the Sustainable Development Goals.

This is the message from 21 MEPs from a number of different parties who have written to the EU High Representative for Foreign Affairs, Federica Mogherini, to express their concern about the “serious human rights violations and persistent development challenges linked to caste discrimination.”

“Caste discrimination affects as many as 260 million people and causes unimaginable suffering. We are deeply concerned with the serious human rights violations and persistent development challenges linked to one of the most extreme, cruel and dehumanising forms of discrimination in the world.  We are convinced that the EU could and should do a lot more to address caste discrimination in words as well as in action, and we urge the High Representative to be at the forefront of EU efforts to eradicate it,” MEP Heidi Hautala said in a comment to the initiative.

The joint letter refers to the recent thematic report on caste discrimination by the UN Special Rapporteur on minority issues, Rita Izsák-Ndiaye, in which she warned that “discrimination leads to extreme exclusion and dehumanisation of caste-affected communities, who are often among the most disadvantaged populations, experience the worst socioeconomic conditions and are deprived of or severely restricted in the enjoyment of their civil, political, economic, social and cultural rights”.

The MEPs are appealing to the High Representative to “ensure that EU action to address discrimination based on caste and analogous forms of discrimination is prioritised at the highest levels.” This would include public diplomacy at the UN and other multilateral institutions as well as bilateral relations with caste-affected states, particularly emphasising numerous UN recommendations related to caste discrimination.

The MEPs express concern about the dramatically shrinking space in many countries, including India: “We urge you to call on caste-affected countries to protect the rights to peaceful expression and assembly and ensure that Dalit human rights defenders are able to carry out their work without being harassed by the authorities.”

“Caste discrimination is sometimes referred to as ‘hidden apartheid’, but is all too often ignored. We demand that the EU system wakes up and takes this human rights issue seriously. At a time when the space for civil society is shrinking in many countries, it is crucial that the EU acts to promote human rights. There are so many areas where the EU can make a huge difference to millions of people affected by caste discrimination, including political and human rights dialogues, development assistance and humanitarian aid,” said one of the signatories to the joint letter, MEP Louis Michel.

The European Parliament has paid considerable attention to caste discrimination during the past decade and has adopted several resolutions on the issue.