In a written reply to the Indian House of Parliament (Lok Sabha), the Indian Social Justice and Empowerment Minister, Thaawar Chand Gehlot, said that the practice of manual scavenging still persists in various parts of the country. He added that because previous laws banning the practice had proved inadequate, parliament had enacted the Prohibition of Employment as Manual Scavengers and their Rehabilitation Act, 2013, the implementation of which is now be monitored. 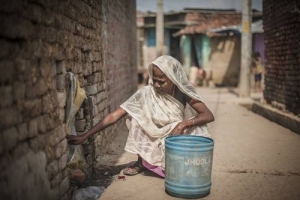 Human Rights Watch is also due to release new research on the continued existence of manual scavenging in India in a report later in August, 2014.

Inhuman practice on in Surendranagar? (TNN)

City Yet to be Free of Manual Scavenging (ByExpress)