The newly released Human Rights Watch World Report 2015 and the Amnesty International 2014-15 report find that caste discrimination persists with adverse effects to human rights on multiple levels. Serious obstacles to access to justice, discrimination in education and access to services and caste-based violence, including rape of Dalit women, are among the key themes addressed in the reports. These concerns are also noted in the latest India and Nepal reports of the US State Department.

Failure of state authorities to protect the rights of Dalits

In the India chapter of the Amnesty International 2014-15 report it is noted that “corruption, caste-based discrimination and caste violence remained pervasive,” and that,

The report also finds that,

“torture and other ill-treatment continued to be used in state detention, particularly against women, Dalits and Adivasis.” Amnesty International

This concern is also raised in the Nepal chapter where it is noted that caste and other discrimination remained rife in Nepal and that, “victims were subject to exclusion and ill-treatment, and torture including rape and other sexual violence.”

It was furthermore found that, “the Caste-based Discrimination and Untouchability Act of 2011, was applied in only a handful of criminal cases due to a lack of awareness about the Act and victims’ fears of reporting attacks. Rape laws continued to be inadequate and to reflect discriminatory attitudes towards women.”

Human Rights Watch in their India chapter similarly note that several court cases in 2014 had served to highlight, “the difficulties the Dalit community has in obtaining justice and “the failure of prosecutorial authorities.” The report also underscores this argument with the persistence of the practice of manual scavenging – the cleaning by hand of human waste by Dalits – despite laws banning it and a Supreme Court verdict in 2014 that India’s constitution requires state intervention to end the practice.

“Although the law protects Dalits, they faced violence and significant discrimination in access to services, such as health care, education, temple attendance, and marriage. Many Dalits were malnourished. Most bonded labourers were Dalits. Dalits who asserted their rights often were attacked, especially in rural areas. As agricultural laborers for higher-caste landowners, Dalits often worked without remuneration. Reports from the UN’s Committee on the Elimination of Racial Discrimination described systematic abuse of Dalits, including extrajudicial killings and sexual violence against Dalit women. Crimes committed by upper-caste Hindus against Dalits often went unpunished, either because authorities failed to prosecute perpetrators or because victims did not report crimes due to fear of retaliation.” US State Department

The State Department report also gives several case examples and in the Nepal country report similarly writes, “despite passage of the Caste Discrimination and Untouchability Act in 2011, a rigid caste system continued to operate throughout the country in many areas of religious, professional, and daily life. Societal discrimination against lower castes, women, and persons with disabilities remained common, especially in rural areas…”

Rape and violence against Dalit women

All three reports highlight rape and violence against Dalit women. The Amnesty International report states that,

The US State Department report notes that,

“National crime statistics indicated that, compared with other caste affiliations, rape was most highly reported among Dalit women,” and that “Lack of law enforcement safeguards and pervasive corruption limited the effectiveness of the law.” US State Department

“During their years of bonded labour, the women were subjected to serious workplace abuses, severe restrictions on freedom of movement and communication, sexual abuse, sexual exploitation, sex trafficking, and death. The majority of sumangali-bonded laborers came from the SCs [scheduled castes – Dalits] … most sumangali workers did not report abuses due to fear of retribution.” Human Rights Watch

Bonded labour of Dalit children and discrimination against them was also found to severely impede their possibilities for staying in school.

Echoing findings from their 2014 report “They say we’re dirty”, on education in India, the  report also states that,

The Amnesty International Report also states that schemes to ensure education for disadvantaged families in India were “poorly implemented” and that “Dalit and Adivasi children continued to face discrimination in school.”

In relation to access to education the US State Department referred to NGO reports stating that,

Caste-Related Extract from the reports: 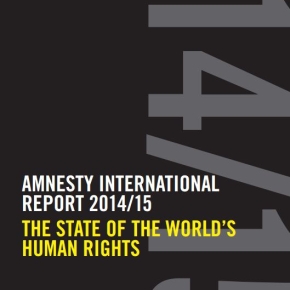 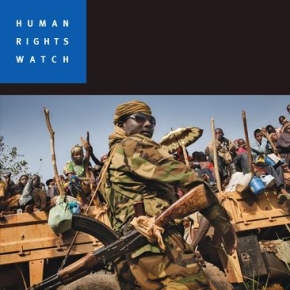