Caste systems are present in four out of five countries ranked the worst slavery offenders, in the 2013 Global Slavery Index. India alone accounts for half of the people on the planet regarded as ’modern slaves’. 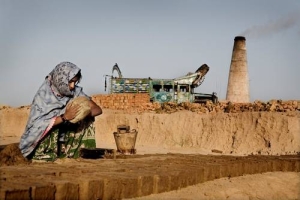 The pioneering index, just released by the Walk Free Foundation, cites caste and tribe systems as main factors influencing the prevalence of modern slavery in India, singling out Dalits and Adivasis as the most vulnerable. The Index also reports caste-based slavery in Pakistan, Nepal and Mauritania.

The index is claimed to contain the most authoritative data on slavery conditions worldwide, drawing on 10 years of research into slavery. It ranks 162 countries according to the number of people living in slavery, the risk of enslavement and the robustness of government responses to the problem. The authors found that in many of the worst hit countries “culturally-sanctioned slavery”, such as caste-based slavery, was a key problem.

“Slavery emerges at the conjunction of individual vulnerability, social exclusion and failure of rule of law. So it should be no surprise that those countries that tolerate systemic and often institutional discrimination against their citizens on spurious grounds such as caste should also be the ones with the most extensive enslavement of their citizens. Slavery is one of the cruelest manifestations of caste discrimination.”

The Index also offers country specific analysis of the causes and prevalence of slavery in the worst and least affected countries.

In India the authors highlight caste-based slavery as a key issue finding that, “Poverty and India’s caste system are significant contributing factors to its modern slavery problem. Indians most vulnerable to modern slavery are those from the ‘lower’ castes (dalits), and the indigenous communities (adivasis), especially women and children.”

In Nepal the index states that, “Members of the lower castes and indigenous ethnic groups are especially vulnerable to forced labour in brick and gravel making, agriculture, domestic servitude, street begging, forced and child marriage, and sexual exploitation.”

It furthermore points towards caste discrimination as a key hindrance to breaking out of slavery highlighting that, “Members of the lower social castes, particularly women and children, are frequently denied access to basic rights and infrastructure that might mitigate their risks of enslavement, such as education, healthcare, employment and justice.”

In the case of Pakistan the survey found scheduled (low) castes to be particularly vulnerable to enslavement and singled out the brick making industry as having, “a particularly high level of bonded labourers, exploiting not only vulnerable children, but also traditional ‘low-caste’ family labourers.”

UN experts call for end to caste-based stigma and slavery

Note: Caste-based slavery also exists in numerous other countries on the list where a country analysis is not offered, such as Madagascar, as reported earlier this year by the UN Special Rapporteur on Contemporary Forms of Slavery.