Dutch back UN measures on caste

The Dutch Minister of Foreign Affairs, Mr Maxime Verhagen, has made a strong statement on caste discrimination at the 13th session of the UN Human Rights Council (HRC) in Geneva. 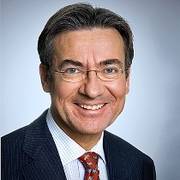 The Dutch Minister of Foreign Affairs

The issue of caste discrimination is still missing from the UN Human Rights Council’s non-discrimination agenda, and it needs to be taken more seriously. This important message was conveyed by the Minister of Foreign Affairs of the Netherlands, Maxime Verhagen, in his speech at the High-Level Segment of the HRC on 3 March.

“In terms of issues, I think the Council’s agenda does not yet reflect all the substantive issues that need to be addressed. Discrimination on the basis of descent or work, for example, is still missing from the non-discrimination agenda. There are approximately 260 million people in the world that suffer such discrimination. For these men and women, it is impossible to escape grinding poverty because the society they grew up in does not allow them to take their fate into their own hands and improve themselves,” the Minister said.

He also quoted the UN High Commissioner for Human Rights, Navi Pillay, whose office is committed to tackling the issue, and who made a powerful statement on caste discrimination last autumn. Mr Verhagen noted that Ms Pillay wrote: “Caste is the very negation of the human rights principles of equality and non-discrimination.” He added that he “couldn’t agree more.”

“The Netherlands supports the efforts being made by the Office of the High Commissioner for Human Rights to come up with a set of principles and guidelines on this issue. We would like to see the Human Rights Council tackle this form of discrimination more fervently, for example by facilitating an exchange of best practices,” the Minister concluded.

Mr Verhagen’s statement has been greeted with satisfaction by the Dalit Network Netherlands (DNN), a member of the International Dalit Solidarity Network. DNN Coordinator Gerard Oonk made the following comment.

“We find it very encouraging that the Dutch government is boldly addressing the issue of caste discrimination in the UN. The words of the Minister reflect the wide range support in the Dutch Parliament which has raised the issue on several occasions.  In our country we share his hopeful expectation that the UN can really make a difference by adopting the UN Principles and Guidelines, which have been carefully developed in the UN system over the years, and by starting to share best practices to tackle the issue.”

The statement from the Dutch Minister comes at a time when the global struggle against caste discrimination is gaining momentum. UN bodies and a number of governments in caste-affected countries as well as in Europe are showing an increasing commitment to addressing one of the world’s most serious human rights problems.

Link to the statement on the Dutch government website