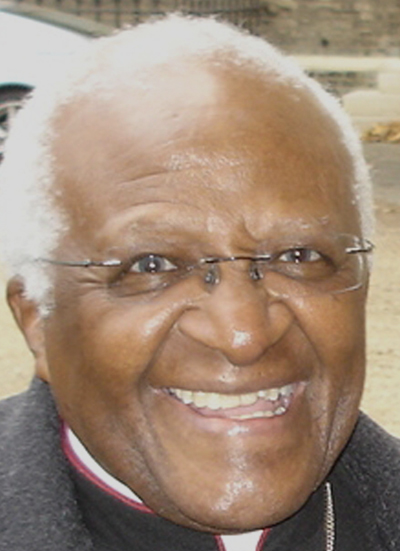 As IDSN celebrates its tenth anniversary on 10 March, the struggle for Dalit rights is gaining increasing international momentum, including an endorsement by Archbishop Desmond Tutu. Much, however, remains to be done if one of the world’s most serious human rights issues, which affects 260 million people, is to be eliminated.

Geneva, 9 March 2010 – It began with an appeal for solidarity from Dalit activists in South Asia who felt that their voices were not being heard. Their appeal lead to the creation of IDSN, and ten years later, their cause has become global. This week, some of the same activists and their colleagues are meeting members of the international human rights community in Geneva to discuss ways of taking the struggle against caste discrimination even further.

This struggle has been endorsed by the eminent South African human rights campaigner and Nobel Peace Prize Laureate, Desmond Tutu. At the beginning of the new millennium he expressed his support for the Dalits of India, and he now reiterates his desire to see an end to caste discrimination.

“In 2001, I noted that India was at the forefront of the struggle against apartheid and expressed the belief that the Indian people would want to end the scourge of caste discrimination. I still hope that this is so, and I strongly urge the Indian government and my own government to endorse international efforts to end the practice of ‘untouchability’, which is a blot on humanity. Such support would be a boost to the struggle for Dalit rights, not only in India, but all over the world,” Archbishop Tutu said.

His words offer great encouragement to a struggle that has gained momentum in recent years. International actors – including EU countries and important UN bodies – have realised that a global human rights issue that affects an estimated 260 million people cannot be ignored. Governments in some caste-ridden countries, including Nepal and Pakistan, have acknowledged their internal problems. And Dalit activists are fighting for their rights with increasing courage and confidence.

The International Dalit Solidarity Network (IDSN) has played a significant role in these efforts. The network has also become an indispensable information resource on caste discrimination, especially through its website and monthly newsletter. However, as members and associates celebrate IDSN’s first decade on 10 March, they are feeling far from triumphant. Dalits continue to suffer appalling human rights violations on a massive scale and many obstacles remain before the outrage that is caste discrimination can be eliminated.

One such obstacle is the Government of India, whose attitude is at times negative and more often decidedly obstructive when the issue is raised internationally. It continues to treat caste discrimination as an ‘internal affair’, and despite adopting legislation, its record on improving the lives of India’s 200 million Dalits leaves a lot to be desired. As the UN High Commissioner for Human Rights, Navi Pillay, stated in a recent interview:

“They have good laws in India, and they have media; they have well developed civil society organisations. So how come there is no implementation of these good laws, these good intentions?”

While Dalit rights activists have worked in their own countries for decades, they recognise the need for addressing caste discrimination on a global level to create the necessary political will and civil society support on a national level. A country like India can only benefit from such international involvement.

“The work of IDSN and others have helped break through the glass ceiling at the UN and other global forums, and this has provided enormous support for our own national struggles. As IDSN is celebrating its tenth anniversary, we are hopeful that caste-affected countries will feel increasingly obliged to end this form of discrimination,” said Paul Divakar, General Secretary of the National Campaign on Dalit Human Rights (NCDHR) in India.

This could be done by endorsing the UN Principles and Guidelines to eliminate caste discrimination, the first comprehensive international framework to deal with this human rights problem. Nepal has already done so, Pakistan is positive, and last week, the Dutch Minister of Foreign Affairs announced his government’s support for such a framework. Other possible steps include an intensified dialogue on caste discrimination between development agencies and governments of caste-affected countries in order to address the issue in development and humanitarian assistance.

While much work remains to be done, the Dalit rights groups, European solidarity networks and international human rights organisations that constitute IDSN agree that the network has been crucial to the struggle for Dalit rights.

“We have succeeded in internationalising the issue. Governments can no longer say that caste discrimination is only an internal affair for countries with caste systems. It is a global human rights problem, and it needs to be addressed by global means,” said IDSN Coordinator Rikke Nöhrlind.

The above press release was issued on 9 March – click here for a full, downloadable pdf-version