The Dalit human rights organisation and long-standing IDSN associate, Navsarjan, has won a prestigious award instituted by The Times of India newspaper. 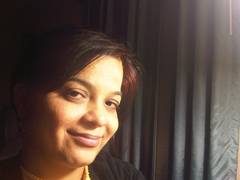 The grassroots Dalit organisation Navsarjan has been honoured with a Times of India Social Impact Award for its pioneering work on behalf of the legal rights of Dalits and other marginalised communities in the state of Gujarat.

These highly competitive awards are bestowed upon change-makers within NGOs, corporations and government – the ‘unsung heroes of India’, as the newspaper phrases it – who have quietly worked to transform the lives of millions of marginalised Indians.

Navsarjan’s Executive Director, Manjula Pradeep, accepted the award at a function on 28 January that had Indian president Pranab Mukherjee as its chief guest.

“We are very proud to receive this award, which honours not just Navsarjan but all of those who fight for the rights of the Dalits and other marginalised communities in India,” she said in a comment to the award.

Each award recipient selected a beneficiary of their NGO to present the award to them. In the case of Navsarjan, Baluben Makwana, who has fought alongside Ms Pradeep for land rights for the Dalit women in her village, was the award presenter.  It was Ms Baluben’s first trip by air – a rare event for someone from a poor Dalit community.

Navsarjan is active in more than 3,000 villages in Gujarat, as well as in the cities. The organisation has been a much valued associate of the International Dalit Solidarity Network for several years, and Manjula Pradeep is a member of the IDSN board.

“This is a much deserved recognition of the great work of your organisation and your own leadership,” IDSN coordinator Rikke Nöhrlind said in a congratulatory message to Ms Pradeep.

Video from the award function

Photo: Awardees with the President (Ms Pradeep third from the left)