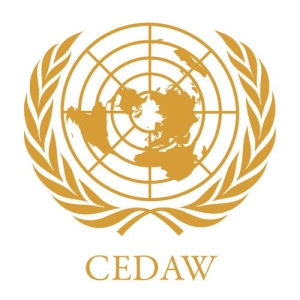 The Indian delegation responded to the concerns raised by the Expert Committee by listing constitutional provisions, legislation and special legislation in place to deal with discrimination and violence against women, also Dalit women.

The Committee responded that while they are aware of the legislation, these laws are not implemented and called on India to address the inadequate implementation of the laws enacted.

The delegation from India also acknowledged the gap between the legal provisions and their implementation in practice and said that the size of the country and its population and their diversity posed a particular challenge to the implementation of the laws.

The delegation also commented that important strides were being made to ensure access to justice, including providing a project run jointly by The Ministry of Justice and UNDP focused on strengthening access to justice for marginalized and poor people, women, castes and minorities.

The Committee also raised concern for Dalit women and caste discrimination under a range of CEDAW articles commenting on inadequate representation in Government, noting high drop-out rates for Dalits girls in education, the practice of forced labour, manual scavenging and the Devadasi tradition of caste-based temple prostitution. They also referred to the disadvantages of Dalit women in relation to health giving the high maternal mortality rates of Dalit women as an example. The Indian delegation’s response to these questions and comments was chiefly in the form of listings of legal provisions.

Prior to the review a joint submission by AIDMAM, Navsarjan Trust and IDSNaddressing multiple discrimination against Dalit women was submitted. Several other NGOs made references to caste in their parallel reports. Please find a link to all these alternative reports and specific links to the reports of Human Rights Watch and Amnesty International that made several references to caste-based discrimination and the situation of Dalits.

On the first day of the session, the Committee met with representatives of NGOs and the National Human Rights Commission of India to hear information on the situation of women in the states whose reports will be considered in the session. Please find a link to caste references in these meetings.

Dalit women leaders Asha Kowtal, General Secretary of AIDMAM and Ruth Manorama, President of the National Alliance of Women took part in the review. Ms. Kowtal noted several comments by the Indian National Human Rights Commission at the meeting the day before the review including,

“There is no dearth of evidence to show that Dalit women elected representatives face severe barriers as they perform the role of leaders in governance,” said Justice K.G. Balakrishnan adding that “the SC/ST PoA Act is not implemented effectively. Culprits in serious cases like rape and murder are not punished. Caste abuses, stripping and parading of Dalit women in India is not rare.” ‪

It is expected that the Concluding Observations and Recommendations from the CEDAW Committee will reflect the many concerns raised during the review on caste-based discrimination and caste-based violence against women as well as the lack of implementation of laws meant to protect Dalit women.