The report ‘Justice Denied: Sexual Violence and Intersectional Discrimination’ just released by Equality Now in collaboration with Swabhiman Society, looks at barriers to accessing justice for Dalit women and girls in Haryana, India. The report analyses 40 cases of sexual violence in Haryana and highlights their journey through the criminal justice system. It describes the specific barriers faced by Dalit survivors of sexual violence and presents urgent recommendations to the Indian and Haryana State Governments for taking action to end caste-based sexual violence.

The key data findings based on the 40 cases of rape against Dalit women and girls studied in Haryana are asfollows:

Caste-based Sexual Violence: The vast majority of sexual violence cases against Dalit women and girls(over 80%) were committed by men from dominant castes.

Difficulty in obtaining convictions: The only cases in which convictions were obtained against allaccused persons involved either rape and murder together, or were committed against very young girls(under the age of 6). It remains exceptionally difficult to obtain convictions in cases other than thosedeemed to be the most extreme violations such that adolescent girls and adult women struggle to obtainjustice.

Community role in impeding access to justice: Community and social pressure plays a major role inimpeding access to justice through pushing or forcing the survivor or her family into compromises or extra-legal settlements (as happened in 57.5% of the cases studied). Unofficial village councils, known as khappanchayats, also attempted to interfere with the justice process in over 80% of the cases, by using theireconomic, social and political power to threaten, intimidate and coerce the survivor or her family into stayingsilent or refrain from pursuing the criminal case.

Lack of support services: Survivors find it extremely difficult to access support services, includingthose which are required to be provided by law, such as victim compensation, psycho-social care andpolice

protection, for various reasons including inaccessibility of services, caste- based discrimination etc.

Intrusive medical examinations:  The banned two-finger testiv, a traumatising and unscientific vaginalexamination, continues to be conducted as part of the medico-legal examination of rape survivors in many cases

Based on these findings, our report puts forward recommendations for improvement of the police, medico-legal, and judicial processes in Haryana to improve access to justice for survivors of sexual violence, particularly Dalit women and girls. 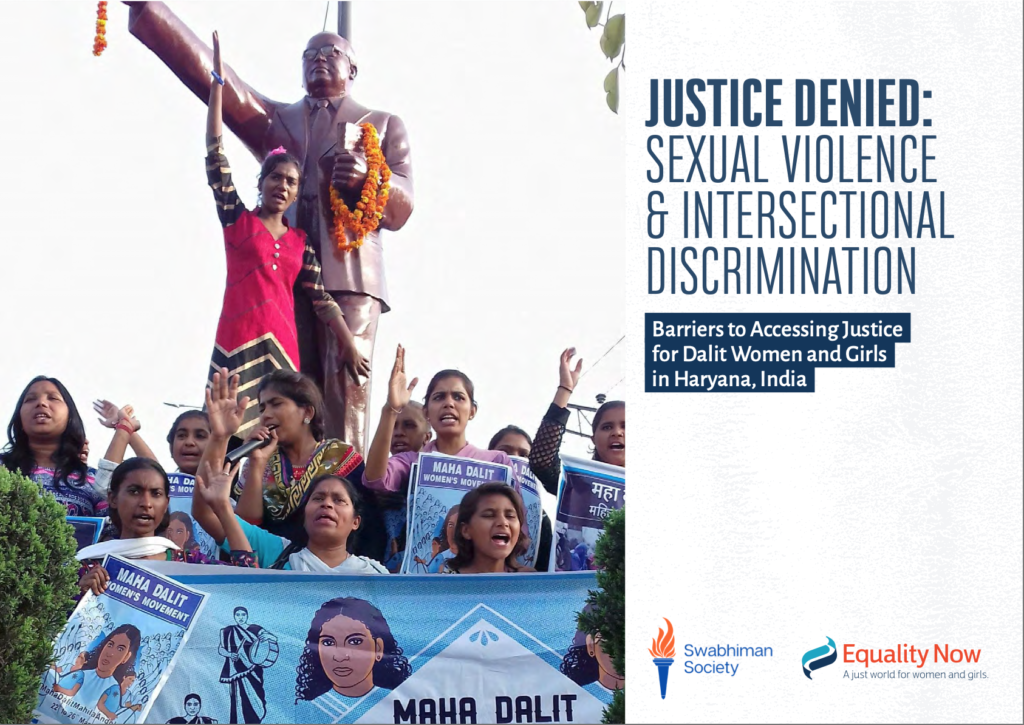