Following a targeted campaign by the National Campaign for Dignity and Eradication of Manual Scavenging and other activists, Indian Parliamentarians are now taking the issue of manual scavenging up in Parliament. 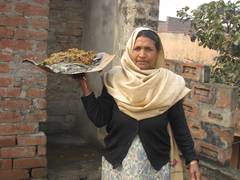 From March 2011 to May 2012 a total of 11 questions were raised by the Members of Parliament (6 in Rajya Sbha and 5 in Lok Sabha) on the issue of eradicating manual scavenging and rehabilitating those who had been engaged in this work.  Manual scavenging is the abhorrent practice of Dalits being employed to remove human waste from dry latrines manually which persists despite having been officially abolished by law in India since 1993.

These questions come after delegations of women who were previously manual scavengers and activists, associated with the National Campaign for Dignity and Eradication of Manual Scavenging from various states of India, met 64 parliamentarians and handed over the Letter of “Demands and Draft Bill” for new legislation for eradication of inhuman practice of manual scavenging and comprehensive rehabilitation of liberated manual scavengers last year.

After these meetings with the Member of Parliament, the National Campaign for Dignity and Eradication of Manual Scavenging also sent the recommendation letters and Draft Bill to total 759 Member of Parliament of Lok Sbha and Rajya Sbha. This process of parliamentary advocacy has been very impactful.

Read the news on Manual Scavenging highlighted by ILO and others in conferences, reports and a hearing