The most recent Global Multidimensional Poverty Index includes caste as an important indicator of poverty in India. According to this method of measuring poverty, progress has been made, but Dalits and Adivasis are still disproportionately poor and women and girls are lagging behind. 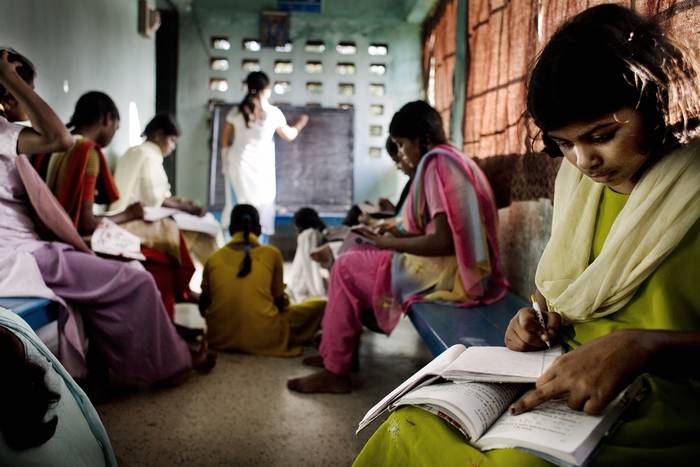 These Dalit girls are studying – but far too many are not and are forced out of education because of poverty. Photo: Jacob Carlsen

Almost 100 million Dalits in India – or one third of their total number – continue to live in multidimensional poverty. While poverty has been reduced over the past decade, Scheduled Castes – the official Indian term for the country’s Dalit population – constitute almost one fourth of India’s multidimensionally poor people.

According to the recently published Global Multidimensional Poverty Index 2021, five out of six multidimensionally poor people in India live in households whose head is from a Scheduled Tribe (ST), a Scheduled Caste (SC), or Other Backward Class (OBC).

The ST group – also known as Adivasis – is the poorest. Half of India’s tribal people, or 65 out of a population of 129 million, live in multidimensional poverty. The estimate for Dalits is 94 million of a total population of 283 million.

Overall, poverty in India has been dramatically reduced during one decade of MPI measurements. In 2005/2006, more than 80 percent of Adivasis, and almost two thirds of Dalits, lived in multidimensional poverty. Ten years later, the estimates were half and one thirds respectively.

Nevertheless, these two groups are still disproportionately poor compared to the privileged parts of the population. And India continues to account for considerably more poor people – 381 million – than any other country in the world. Also, apart from being frequently poverty-stricken, Dalits are still subjected to extreme forms of violence and discrimination because of their caste status.

Women and girls are lagging behind 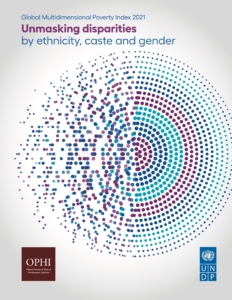 Altogether, the report has studied 1.3 billion multidimensionally poor people across 108 countries. Almost two thirds of them – 836 million – live in households in which no female member has completed at least six years of schooling.

The figures for India alone are a staggering 227 million, or more than one fourth of the total number of poor people living in such households. Given the large proportion of Dalits belonging to this category, and the poor educational opportunities for Dalit girls and women, there is little doubt that the number of Dalits living in these households is significant and constitutes tens of millions.

The Global Multidimensional Poverty Index (MPI) has been published by the United Nations Development Programme (UNDP) in conjunction with the Oxford Poverty & Human Development Initiative since 2010. In this year’s report, caste and tribal affiliations are included as an indicator of poverty in an Indian context because ”castes and tribes are a more prevalent line of social stratification in India.”

In India, 5 out of 6 multidimensionally poor are from lower tribes or castes (Times of India)