Annual Report on human rights and democracy in the world and the European Union’s policy on the matter” the European Parliament (EP) raises deep concern over grave violations of Dalit human rights. The report calls for an EU policy development on caste discrimination. 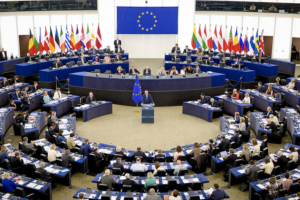 The report, released by the EP Committee on Foreign Affairs, states that the European Parliament is ”deeply concerned by the alarming rate of caste-based violent attacks on Dalits and of institutionalised discrimination with impunity,” and condemns, “continuing human rights violations committed against people suffering from caste hierarchies and caste-based discrimination, including the denial of equality and of access to the legal system and to employment, and the continued segregation and caste-induced barriers to the achievement of basic human rights and development.”

This is with reference to the European Parliament’s report from last year that called for the the adoption of an EU instrument for the prevention and elimination of caste discrimination and mainstreaming of the topic in the EEAS and Commission guidelines and action plans.