UNICEF: Dalit girls most excluded from primary education in India

A report just released by UNICEF and UNESCO on out of school children in India highlights that Dalit girls have the highest primary school exclusion rate in India. The report also finds that half of the Pre-School age Dalit children are not attending school. 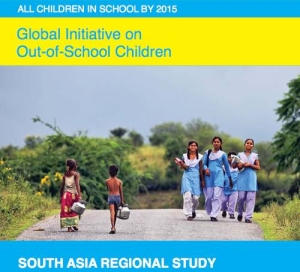 The report cites compounding factors such as ingrained social inequalities and poverty among Dalits (Scheduled Castes), to be contributing to higher rates of exclusion. The report also states that, “Humiliation, harassment and abuse by upper caste teachers towards children from Scheduled Castes have been shown to undermine their motivation to stay in school.”

Child labour is identified as another key hindrance to children attending school and the report states that, “According to the ILO, India has the highest number of working children in the world … Most of these children belong to the poorest, most marginalized communities, including Scheduled Castes and Scheduled Tribes.”

Another deterrent factor identified in the report is that discrimination in the labour market contributes to low labour market aspirations for Dalit children and therefore reduces the perceived beneﬁts of schooling.

The report is a part of a UNICEF/UNESCO Global Initiative on Out of School Children and points towards the need to take note of ingrained social inequalities related to caste, when reaching out to include excluded children.